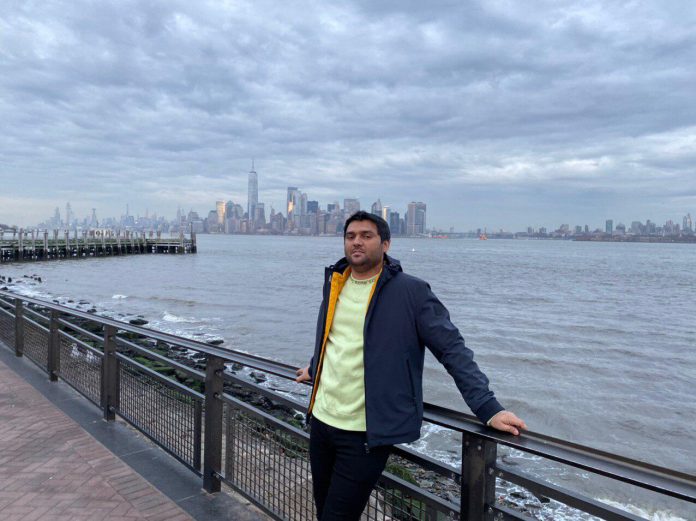 COVID-19 has changed the way most businesses do their businesses, as almost every sector is now rethinking its outreach to its customers. While the pandemic has slowed down the economy, it has created an enormous market that is based on technology, digital presence and outreach through social media. But can it propel your entrepreneurship dreams? Ahmad Yasir, the founder of InstaReach LLC and an entrepreneur who has set up his own social media empire, shares his tale and tips for budding entrepreneurs and digital marketers!

Much before the coronavirus impact, several digital mediums already had a strong readership, and the average audience spends hours each day on several online media and social platforms. Seeing this as an opportunity to explore his own passions truly, Ahmad began using Instagram to share viral and entertaining content. Always an ambitious personality, he wanted to do something of his own since he was a teenager. But his natural talents and in-depth knowledge of the world around him, helped him create a social media presence that was appreciated by many.

With consistent efforts and networking, his dedication and effort for Instagram increased, slowly adding to the followers to his unique pages. Today, Ahmad runs some of the most engaging viral content pages, ‘Reactions’ and ‘Ghetto’ with 5 million and 2.2 million followers being the primary ones. Knowing the social media is not just about one platform, Ahmad has since also increased his presence on Facebook, YouTube, and now Tik Tok. Not only is he creating content that strikes a chord with the audience, but he has also started using his learnings to manage advertising campaigns for successful companies on various social media platforms. His passion and liking have him create content in humour, entertainment, video games and other topics.

Ask Ahmad about what it was that he attributes his self-made success to, and he is quick to attribute it to his passion. Being highly passionate about starting something of his own and sharing great content, Instagram proved to be a natural transition. And the success of the meme industry had a considerable part to play as well since that is where he gets his best content and appreciation from. Ahmad believes that if one is truly passionate about social media and content creation, then right now is the best time to explore that talent.

But in addition to passion, one needs to have a keen observation of things around as well. Social media is just a reflection of society and the inherent feelings of several users. Ahmad has used this to create viral content that he is genuinely passionate about, and his talents also helped him to partner with some of the top companies in the field. He was tasked with handling the online profile of ‘Fashion Nova&’, a brand worn by athletes, actors, and artists. This collaboration with the notoriously-edgy fashion brand helped him expand his name to the younger audience who enjoyed the content he created. With his niche to grow brand reach through his skillsets, Ahmad helped boost organic reach for several of his clients, and soon got the opportunity to collaborate with one of the most played games of recent times, PUBG (Players Unknown Battle Grounds). For PUBG, Ahmad got the chance to coordinate ads on Instagram. He has also collaborated with other brands to help them gain strong ROI on their social media presence through sales conversion tactics and engagement methodology that he has fine-tuned personally.

Finally, social media isn’t just about one-time success. Many may have created viral content once but haven’t been able to replicate that success again. This is mostly to do with their inability to understand their audience and leads to loss of followers. Ahmad has created pages that consistently deliver, and this perseverance is what sets him apart from the rest. He hopes to keep using Instagram and other platforms for exploring more of his passions. If you are looking for some inspiration for beginning your journey as an Instagram influencer and digital entrepreneur, follow Ahmad on his personal Instagram account, ‘@Amad‘.