Arguably, the Washington native has made it a straight shootout between the national championship-winning LSU Tigers and the Oklahoma Sooners, though Maryland remains in the mix according to the talented teenager.

Maryland has a hometown draw for the DC native, but in all reasonable projections, that looks the least likely destination for his 2020/21 College Football term.

Head coach Mike Locksley led Maryland to a 3-9 record in his first term in charge last time around. That Maryland side, rated +50000 in the American football odds to grab the NCAA finals glory next season, is unlikely to fulfil the criteria set out by Williams.

The desire to compete for national championship honours each year during his college career seems likely to go unfulfilled should Williams opt for a Terrapins uniform.

It is much more likely is that he will be linking up with either LSU or Oklahoma, both offering much more to whet his appetite for success.

In his latest Sports Illustrated All-American blog entitled All On The Line, Williams confirmed the ‘spicy news’ that he has trimmed his list of suitors to just three.

He signed off promising ‘more fireworks’ to come and insists he’s weighing up both his academic and sporting ambitions in narrowing the field. A hugely talented ballplayer he maybe, but it also appears Williams has a solid grounding and a steady head on his shoulders.

With a decision seemingly moving ever closer, there remains plenty to consider before – presumably – he makes that call between LSU and the Sooners.

He’ll join the hottest NFL production line in that nation should he head to LSU.

The Tigers were 15-0 last term en route to ultimate glory, while QB Joe Burrow earned a Heisman Trophy and was the No.1 pick overall in the NFL Draft, where he was joined by a whopping 13 of his teammates in being selected.

A decision to opt for the crimson and cream of the Sooners wouldn’t be a huge shock to anyone either.

Head coach Lincoln Riley has established his position as being a developer of budding quarterbacks, so there’s a clear draw for someone of Williams’ potential there.

Baker Mayfield and Kyler Murray were the Heisman Trophy-winning predecessors to Burrow, both while throwing out of the University of Oklahoma. Both were also first picks in their respective 2017 and 2018 draft classes.

Williams is a five-star signal-caller in the making, that much is widely accepted.

With his wishlist now trimmed to a final three, it is time for coaches Locksley, Riley, and Ed Orgeron at LSU to convince him his collegiate career belongs under their umbrella.

Having cut his choices, Williams has issued what looks like the final ‘come and get me’ plea to these schools. One of the hottest properties today, he’s going to have plenty of salesman-like calls coming before he unleashes the final fireworks. 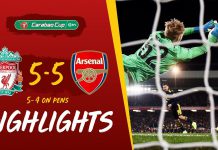