“We believe it is the duty of all Canadians to stand against racism and bigotry in the defence the human dignity. The hurtful comments that ignore our shared colonial legacy should not be brushed aside due to jurisdictional or semantic arguments.

“Dryden is within the territory of the Anishinaabe Nation in Treaty 3 and the actions of its leadership is observed by all of its residents, including survivors and intergenerational survivors of the residential school system.

“All Anishinaabe citizens of Treaty 3 are on their own path of healing as they come to terms with the colonial legacy of Canada. The words of Senator Beyak are not merely those of opinion or debate. They are words from an authority figure that Anishinaabe children hear as they try to come to terms with their own identity and the effects of colonialism on their communities. These words seek to diminish the trauma inflicted upon their families and communities.

“The leadership, elders, youth – all citizens of the Anishinaabe Nation of Treaty 3 will always seek to share our histories and heal alongside our non-indigenous friends, but any attempt at erasure of our history can never be accepted. We will continue to share why this colonial legacy is not merely a thing of the past, and why it can never be swept away and hidden from history as Senator Beyak seems so eager to see happen.

“When it comes to crimes of the past, silence is support and indifference is insulting. Reconciliation can only truly be said to be underway when Senator Beyak’s words are seen as insulting, hurtful and in need of condemnation by all Canadians, and not only when it is expedient or convenient to do so.

“Grand Council Treaty #3 has been honoured to receive support on this issue from across the country, including the longstanding support of Nishnawbe Aski Nation. It is heartwarming to be able to stand alongside the leadership of Nishnawbe Aski Nation in the call for all Canadians to continue the conversation about Canada’s colonial legacy on our shared path to healing. It is time that all Canadians take a stand alongside us.”

“I stand with the leadership and citizens of Grand Council Treaty #3 as we ask all Canadians to join us in the fight against racism and bigotry. I am very disappointed that all members of Dryden City Council did not take Senator Beyak’s racist conduct seriously and declined to condemn her actions. As leaders, we must seize every opportunity to support reconciliation and speak out against racism. NAN and GCT#3 agree that it is the duty of all Canadians to stand against racism and bigotry, and that hurtful comments that ignore our shared colonial history must be denounced. Senator Beyak’s words and actions must be recognized as insulting, hurtful and in need of condemnation by all Canadians.”

NAN and GCT#3 are united in their call for the removal of the Senator who hails from northwestern Ontario, an area spanning NAN and GCT#3 territory with one of the highest concentrations of Indian Residential Schools in Canada. It is unacceptable that a member of the Senate of Canada is willfully oblivious to the devastating legacy of these institutions, and the intergenerational effects they continue to have in First Nation communities. 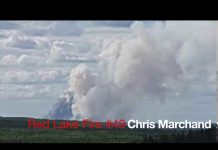