THUNDER BAY – The Thunder Bay Kings AAA program and its board of directors announced Thursday, its head coaches for the 2020-21 campaign.

Back for another year behind the under-18 Kings’ bench will be veteran coach Darrin Nicholas.

Moving up to take the reigns of Thunder Bay’s U-16 side will be Jeff Riccardi while Walter Keating steps up to run the U-15 club.

Meanwhile, Matt Simeoni moves in as the new head coach of the Kings’ U-13 squad.

U-18: DARRIN NICHOLAS – Long-time coach Darrin Nicholas returns as the dean in the Kings’ coaching ranks as he will once again lead Thunder Bay’s U-18s.

In 2018-19 he guided the Kings to their initial North American Prospects Hockey League Dixon Cup championship.

He followed that up by leading Thunder Bay to an NAPHL regular-season crown in its U-18 Elite Division this year and was also named as one of the head coaches for the league’s All-Star Game.

Of note, his son Nolan, a Kings’ alumnus, was recently named the prestigious NCAA Division I Senior CLASS Award recipient for his scholastic and on-ice accomplishments while serving as team captain of the University of Alaska-Anchorage Seawolves.

U-16: JEFF RICCARDI – Also no stranger to the local hockey circles, Riccardi steps up to take over the Kings’ U-16 program after coaching the bantams this season.

After helping Thunder Bay win a bronze medal at the 1988 Air Canada Cup at the Fort William Gardens, he went on to be a four-year stalwart career on defence in the Ontario Hockey League with the Ottawa 67s.

From there Ricciardi went on to play parts of 14 seasons professionally, in both North America, and Europe.

He was also a member of the Thunder Bay Bombers Allan Cup-winning team back in 2005 and went on to be named the Top Defenceman at the 2006 Pannon Cup in Budapest, Hungary where Thunder Bay represented Canada in a four-nation international event against Slovenia, Croatia and Hungary.

Among the accomplishments, his team earned during the season was guiding Thunder Bay to their first AAA peewee title at the Big Nickel Tournament in Sudbury in 28 years before following that up with a title at the Gales of November event in Duluth.

Away from the ice, Keating has achieved tremendous success locally and abroad as a golfer at the NCAA and PGA Tour Canada levels, as well as internationally.

He’ll be entering his 15th year of coaching, earning his HP1 certification in 2018 and sits on various boards, including serving as president of the Westfort Minor Hockey Association the past three years.

U-13: MATT SIMEONI – No stranger to the Kings program, he played his minor hockey in the organization and was a goaltender on their first-ever Western Regional-winning side that advanced to the then Air Canada Cup (now TELUS Cup) Canadian National Midget Championship back in 1992 in Dartmouth, N.S.

There he earned all-star team honours in the net on a Thunder Bay side that went on to earn a silver medal.

A former draft pick of the Ottawa 67’s (OHL), Simeoni has spent a number of years coaching in the city, including the past two seasons in the AA ranks prior to his appointment to the Kings.

Back in November, Hockey Canada approved a regulation change proposed by the board of directors to revise the naming of the age divisions used in minor hockey across Canada.

Thus, major and minor midget, along with bantam and peewee are no more and will be replaced with U-18, U-16, U-15 and U-13 respectively.

Tryout dates and times will be announced at a later date, pending the status of the on-going COVID-19 pandemic, once it is safe to do so and approval is given by local, provincial and federal health organizations, along with Hockey Northwestern Ontario and Hockey Canada. 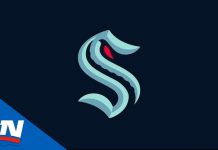