THUNDER BAY – At approximately 6:00 pm Friday evening, April 10, 2020, Thunder Bay Fire Rescue responded to a report of a woman and child in the water at a location along the Kam River where the river is now ice-free with open water.

Firefighters quickly arrived on the scene and located an adult female who had been in the water but she swam to shore by herself prior to firefighters arriving. However, witnesses on the scene reported the woman exited the river, screaming to them that her baby child was still in the water. With this information firefighters immediately entered the water to begin a search for a potential victim.

EMS and Police also arrived on the scene to support the operation. The hypothermic female victim was transferred to EMS paramedics for treatment and transport her to the Thunder Bay Regional Health Sciences Centre.

Police were able to assist by using the information provided by the Fire Rescue Command officer, to investigate and determine that the female’s children were, in fact, all accounted for at another location.

This allowed firefighters and police officers on the scene to reasonably conclude that there never was a child in the water. Nonetheless, a thorough surface and shoreline search was conducted by firefighters in an inflatable boat along with several firefighters in immersion suits swimming along the shore to probe for a possible victim.

TBFR’s Command Officer on scene credited the teamwork, professionalism and cooperation of all the emergency service personnel on the scene with a successful outcome to this incident. TBFR would like to also remind the public to stay away from local waterways at this time while rivers and lakes are melting fast and making conditions unsafe and unpredictable. 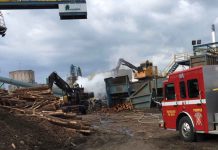 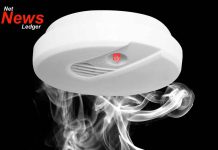 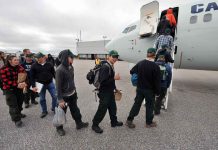