LONGLAC, ONTARIO, GREENSTONE MUNICIPALITY – BUSINESS –   Ginoogaming First Nation is proud to announce the launch of the Minodahmun Development Inc. (MDI) to maximize the economic opportunities that are forthcoming in the proposed Greenstone Gold Mines’ (GGM) Hardrock Project.  Minodahmun (min-oh-dah-mun) means “clear path” in the Anishinaabemowin language.  MDI is a 100% First Nations owned partnership between Ginoogaming First Nation (GFN), Aroland First Nation (AFN), and Animbiigoo Zaagi’igan Anishinaabek First Nation (AZA). The three First Nations are equal owners of Minodahmun and will jointly manage and share in the profits of the company.  Today, Ginoogaming appoints a seasoned professional in Jason Rasevych as the First Nation’s board of director for the Minodahmun Development Inc.  It is fitting that the Ginoogaming Chief and Council are electing Jason as he has a proven track record for ‘blazing trails and clearing the pathway’ for legacy infrastructure builds and major business-related initiatives in Northern Ontario over the past decade.

Jason Rasevych is an Oji-Cree from Ginoogaming and comes from a diverse economic development and business background. With a career focus on First Nation’s economic reconciliation and partnership development, Jason is eager to join the MDI board of directors.  Jason has two decades of experience in the natural resources sector working with First Nations communities, economic development corporations, industry and government. In his current capacity as a founding member of the Anishnawbe Business Professional Association, Jason focuses on the inclusion of First Nation’s businesses and peoples in the Northern Ontario economy.  He has introduced numerous First Nations’ owned companies and partnerships by negotiating joint venture agreements across the mining, forestry, energy, construction and telecommunication sectors.

“My inspiration comes from my community with traditional teachings and culture that empowers me to offer a unique worldview on collaboration across the mining sector. I look forward to advising Minodahmun on structuring and incubating business activity so our First Nations’ peoples can benefit fairly from the development in the region,” says Rasevych.

In November 2019, the three First Nation of GFN, AFN and AZA made headlines by signing a Long-Term Relationship Agreement (LTRA) with Greenstone Gold Mines for the Hardrock project located outside of Geraldton, Ontario within the Municipality of Greenstone.  Greenstone Gold Mines is a 50/50 partnership between Centerra Gold Inc. and Premier Gold Mines Limited for the joint ownership and development of the Hardrock and Brookbank Properties.

The LTRA formalizes the Partnership’s commitment towards protecting the environment and supporting the local First Nations’ social and cultural practices and provides for environmental monitoring, employment, training, business and contracting opportunities. The agreement establishes increased certainty regarding the First Nations participation with set-asides and other business opportunities to benefit from future mining in the region.

“We have a good agreement that will give our communities environmental oversight, business opportunities, employment and training, and financial returns. We look forward to continuing our constructive working relationship with GGM and playing a central role in mineral development within our traditional lands to make positive changes for our peoples. The Hardrock Project will bring a tremendous amount of training and employment opportunities to Greenstone. Our First Nations community members will have priority for those opportunities.” stated Chief Celia Echum.

The workforce is expected to peak at 850 during the two-year construction and 14.5-year mining period. Chief Echum acknowledges that appointing Jason to the board of directors was an important and appropriate move. “I’ve known Jason since he was a youth in our community.  He’s always had a relentless spirit as a go-getter to do what it takes to make things happen for any project that he leads for our peoples” stated Chief Echum.  For Ginoogaming, the LTRA is over 10 years in the making as the initial exploration agreement between the First Nation and Premier Gold Mines dates back to the summer of 2009.  That early exploration agreement was developed and negotiated by two of Jason’s mentors; his father the late Adolph Rasevych and the late Gabriel Echum (Former Chief).

During his professional career, Jason Rasevych has secured over $100 million for several mega projects for First Nations in the North.  His efforts led him to be recognized as one of Canada’s top economic developers in 2018.  Rasevych was instrumental in leading the team to negotiate the largest infrastructure investment in Ontario’s history with over $69 million to expand broadband fibre optics to 5 remote First Nations.  The broadband project also puts those First Nations in the driver’s seat to design, own, build and maintain the long-haul infrastructure while providing telecommunications services through a start-up company.

Jason also spearheaded the historic agreement reached between three First Nations of Aroland, Eabametoong and Marten Falls and the Ontario Ministry of Natural Resources and Forestry. The deal gives the First Nations forest management and harvesting rights to the Ogoki Forest.  Rasevych helped start the Agoke Development Corporation leading them to business excellence by winning three different awards in the last three years (2018-2020).

“We took advice from our elders and the approach that inherent rights are economic rights and that the principles of the United Nations Declaration of Rights for Indigenous Peoples should be used as guidelines for respectful discussions with industry partners.  We are changing the narrative, doing something that hasn’t been done before by having industry respect the free prior informed consent framework”, Rasevych said.

In 2015, Jason was invited to attend a United Nations’ Mayan International trade mission to Guatemala to provide strategies for indigenous tribes in Central and Latin America to enhance their use of the FPIC framework.  He later established the Canada East Shareholder Advocacy Leadership Training Centre to help First Nations nationally engage with publicly traded companies.

In the next 5 years, he would like to see more First Nation’s businesses grow market share in the procurement and supply chain in Northern Ontario.  “The playing field needs to be levelled, there needs to be more advocacy and support, we need to eliminate lateral violence. We need to work with the key policymakers to shift to a more inclusive mindset within companies.  We have big plans for 2020 and beyond, this is the beginning of a new era,” Rasevych said. 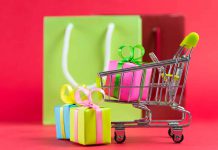