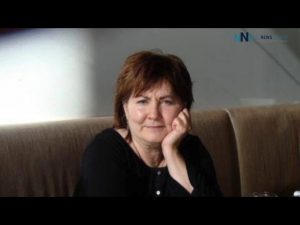 THUNDER BAY – OPINION – As I pen this editorial to address the delay in finding shelter for our homeless population in Thunder Bay, I am reminded of the words of Mayor Mauro after the reports of systematic racism in the city of Thunder Bay were released.

The Mayor relayed to citizens that one of his heroes was Martin Luther King Jr. and that if King could not fix the issue of racism, how could he be expected to do it here in Thunder Bay. The Mayor went on to say that Thunder Bay’s issues were no different than other communities in Canada and that our reputation had been unfairly tarnished.

During an interview on TVO with Steve Paikin on November 7, 2018, the Mayor further stated he saw “rehabilitating” the cities reputation would be one of his goals as Mayor.

In the past week, the Mayor has also relayed through the media that we are all ultimately responsible for the spread or containment of the virus COVID-19. The consistent core message of self-isolation and social distancing, although seemingly straightforward and achievable by a majority of citizens living in and around Thunder Bay, is not so achievable for the homeless population that exists here today.

According to the Homeless Hub, a website that acts as a Canadian observatory on this issue, there are 474 homeless in Thunder Bay having a maximum shelter allowance of $390/month, with 66% identifying as Indigenous. These statistics were recorded in 2018.

The homeless are under the mandate of the Thunder Bay District Social Services Board (TBDSSB) and although there is an Emergency Pandemic Fund for organizations to apply for funding to increase programming/services, I have not been able to find a plan of action to house the homeless. This action plan is imperative to allow for self- isolation of this community to help flatten the curve of the spread of COVID-19 within the city.

Many cities, including Victoria, Calgary and Brandon, Manitoba have identified that sheltering the homeless is imperative to the safety of all their citizens. It is time that the Mayor and the many city councillors who sit on the board of the TBDSSB put adequate pressure on this publicly funded service to find housing for the homeless. It needs to happen now; it needs to be a priority.

In closing, the Mayor may not be able to change systematic racism during his term in office, but I would hope he could aim at ensuring all citizens were entitled to the gift of life by leading the way to ensuring self-isolation is an option for this vulnerable population.

The opinions of columnists and letter writers are theirs. They may, or may not reflect the opinion of NetNewsLedger.com