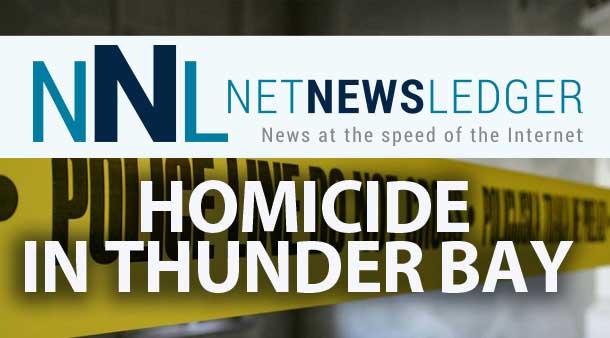 THUNDER BAY – The investigation continues into the murder of a twenty-eight-year-old Toronto man who was killed at a North May Street address in Thunder Bay.

Thunder Bay Police Service has released the scene in the 500 block of North May Street linked to the March 23 homicide of Adrian Kadeem DRYSDALE, 28, of Toronto.

Police advise that the post-mortem examination of the victim has also taken place in Thunder Bay.

Members of the TBPS’s Major Crimes Unit continue to investigate.

The Thunder Bay Police Service has not made an arrest or laid charges in connection to this homicide, and police continue to reach out to the public for assistance.

Officers with the Uniform Patrol Branch were originally dispatched to a residential address in the 500 block of North May Street just after 2:30 a.m. on Monday, March 23, following reports of a disturbance and an injured male.

When officers arrived they located DRYSDALE, who had suffered serious injuries that appeared consistent with a serious assault.

Paramedics transported the victim to the Thunder Bay Regional Health Sciences Centre for further treatment of those injuries. DRYSDALE died from his injuries before 3:30 a.m. Monday, March 23.

Police continue to hold a scene and members of the Thunder Bay Police Service’s Major Crimes Unit are investigating the circumstances surrounding the DRYSDALE’s death.

As a result of the ongoing investigation, police can confirm a firearm was involved in this incident.

A post-mortem examination is taking place today in Thunder Bay.