Italy’s nationwide lockdown to control the spread of the coronavirus has seen projects providing migrants with food, work and other support at a standstill

As a nationwide lockdown began on Tuesday in a bid to slow Europe’s worst coronavirus outbreak, Italians have been told to stay at home – unless they have health, work or emergency needs – for at least the next three weeks.

“Starting last week, nobody came to our restaurant,” Ja’far Abdulhussein, an Iraqi working at Gusta Mundo restaurant in central Rome, which hires migrants and refugees as waiters and chefs, told the Thomson Reuters Foundation.

The World Health Organization has praised Italy’s “aggressive” response to the crisis since the first cases emerged almost three weeks ago, with 463 deaths as of Monday, the world’s second highest after China.

But the economic cost has been huge. Shoppers in Rome rushed to stock up on food on Monday, amid fears that an economy on the brink of recession could be plunged into crisis.

Weekends used to be the busiest time for Gusta Mundo, with 35 part-time cooks from all over the world making dishes such as Nigerian pies, an Afghan dish made of lamb, raisin and dried fruits, and creamy rice from Gambia.

“The restaurant is now almost closed,” said Abdulhussein, 22, who fled Iraq when he was 15 and has a five-year asylum seeker visa. “We only do delivery and takeaway now.”

Bars and restaurants can open from 6 a.m. to 6 p.m. only on condition that customers are at least one metre apart. Shops must also guarantee the one-metre safety distance.

At Rome’s busy Esquilino market, Francesco Fanoli and a group of volunteers usually collect about 600 kg to 1000 kg of fresh fruits, vegetables and foods that would otherwise be thrown away by traders every weekend – and give them away free.

“We stopped last Saturday because it’s very difficult to maintain the one metre distance between people,” he said, adding that Italians, as well as migrants, rely on the distributions.

“It’s sad we had to close but … it is safer to take precautions.”

Since 2015, Italy has been a major destination for migrants and refugees fleeing poverty and war in Africa, Asia and the Middle East, fuelling the rise of the far-right League party.

The quarantine has made it difficult for a host of projects providing migrants with food, work and support with integration.

About 40 asylum seekers living in Villa Quaglina – a former seminary in Asti in northern Italy which hosts and provides work and training for people as their cases are assessed – are stuck in limbo.

“We have different types of training, for the farm or in the kitchen or to become a mechanic. We have Italian lessons at the school and at the shelter. They were all suspended last week,” said founder Alberto Mossino.

“Many … don’t have a lot of things to do during the day and that’s a problem.”

Abdulhussein feared a prolonged shutdown could cause the Gusta Mundo restaurant to fold.

“The idea of the restaurant was to show people that refugees didn’t come here to steal or do bad things or beg for money. They came here to find another life and find a job,” he said.

“I don’t know how much the coronavirus will cost us.” 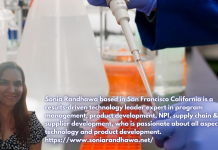