Home Politics National Politics The Suspension of Lynn Beyak – Is it Time to Reflect on... 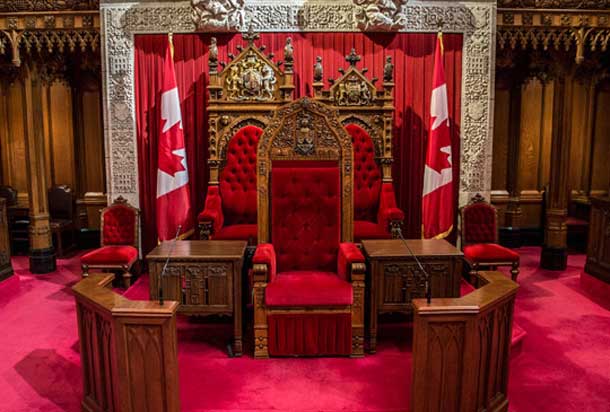 THUNDER BAY – OPINION – Senator Lynn Beyak has been suspended from the Senate for the remainder of this session. The Senator was the subject of a report from the Senate Standing Committee on Ethics, which stated in the view of the committee she had not successfully completed the tasks she needed for reinstatement.

This past week, as the Senate debated the suspension of the Dryden Senator, the Council in her home city passed a resolution to debate a motion calling for Senator Beyak to resign her seat in the Red Chamber.

In an effort to keep her seat, Senator Beyak stood in the Senate and made this apology:

“After deep and careful reflection, I have come to the view that the posting of offensive and hurtful letters to a Senate public website was wrong and ill-considered. And my insistence on leaving them up was also wrong. Because of my belief in free speech, my initial instincts were to leave the letters on the website. After long and careful consideration, I now regret not insisting on their removal. They were disrespectful, divisive and unacceptable.

“While my intent was never to hurt anyone, I see now that my actions did not have their desired effect, which was to promote open and constructive dialogue. Regretfully, my actions were unhelpful to the national conversation on this issue. Throughout this process, I have also come to more profoundly appreciate the importance of representing and upholding minority rights in Canada, which is central to our work as senators.

“I want to apologize to Indigenous peoples, to the Senate and to my fellow senators, and to the Canadians we all represent for any hurt I have caused.

“I agree with the recommendations of the committee and I am eager to complete the education and sensitivity training that has been prescribed. We are never too old to learn and to grow.

“Honourable colleagues, I’m determined to comply willingly, completely and in good faith with the report. I look forward to working with the Senate Ethics Officer to ensure my full compliance. This experience has taught me many things. I am contrite, ready to listen, ready to engage swiftly and meaningfully in the process.

“I want to thank you for listening and hearing my sincere apology and for understanding that I intend to proceed with the prescribed additional training with an open mind and in good faith.

“In order to fully respect the process, I will reserve any further comment until all the requirements have been fully satisfied. I informed the Clerk of the Senate of my intention to speak today and have shared the full apology.”

The Senator’s apology was not accepted by her fellow Senators and was not accepted by Nishnawbe Aski Grand Chief Alvin Fiddler, or by Grand Council Treaty #3 Chief Kavenaugh. On Thursday, in Thunder Bay, Fort William First Nation Chief Peter Collins also rejected her apology.

Additionally, a group of councillors representing communities across Northern Ontario drafted a letter calling on the Senator to resign.

The Senate has come under fire many times in the past twenty-five years. Few Canadians really understand what the Senate does, and calls for a “Triple E – Equal, Elected, and Effective” Senate has gone on for a long time. In Alberta, there were Senate elections. Alberta has been the base where debate is continual in Western Canada for Senate reform has continued.

Likely if it had not been for the accusations of racism against Senator Beyak, few people in our region would even realize she is the Senator for Northwestern Ontario.

Canada has some pretty active and effective Senators. Senator Lynn Beyak has proven to be one of the least effective and least representative Senators in recent times.

That Councillors across the region and her own Senate colleagues now see that too, should be the impetus for Ms. Beyak to step down from the Senate.

For Senator Beyak, your apology will probably be accepted – Once you show that your words have been backed by deeds. Facta non-Verba Senator.

Your actions have been constant and hurtful to many, and a last moment apology, likely more to seek to keep your paycheque and position than really change your views were very transparent, and your fellow Senators saw through you.

Take the time to prove your words are real, and you will see that many Canadians will forgive your deeds of the past. Until then, please for the good of the region, resign your seat and let someone who fully represents our region be the voice in the Senate.

For Canadians, perhaps this is an opportunity to learn what the Senate is and to start thinking again about how it can be reformed to fit in our democracy.

John Rafferty – Senate is a useless and unnecessary expense to taxpayers