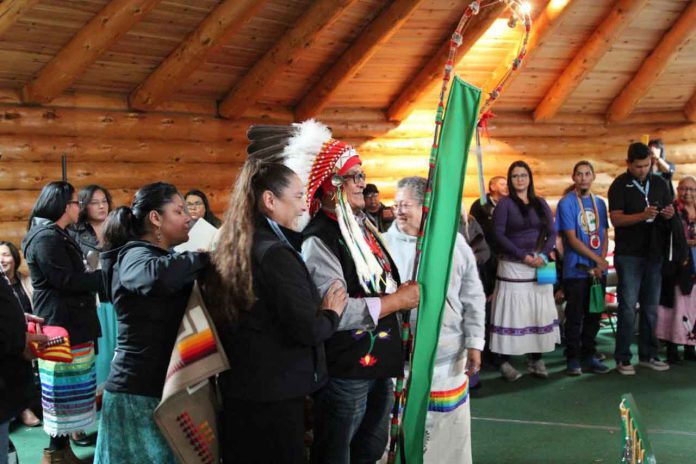 THUNDER BAY – Senator Lynn Beyak has issued an apology for her repeated comments on residential school and Indigenous people.

The Senator, appointed by former Prime Minister Stephen Harper is from Dryden. She is facing a suspension from the Senate, and early next month Dryden City Council is debating a motion calling for her to resign.

The apology from the Senator is not being accepted by Grand Council Treaty #3 Grand Chief Ogichidaa Kavanaugh.

Senator Lynn Beyak has made a public apology for her actions; however, the apology comes at a time when she is once again facing a possible reinstatement of suspension from the Senate. “The apology is a little late in its arrival and the Senator’s actions need to reflect those words of apology and that has sadly been lacking in evidence,” stated Ogichidaa Kavanaugh.

The Senate ethics committee recommended that Beyak be suspended from the Senate in April 2019 after the Senator refused to take down offensive letters about residential schools and she was subsequently suspended in May 2019. The Senate Ethics Committee directed her to formally apologize in writing and complete anti-racism training, with a particular focus on Indigenous issues, among other remedial measures. The federal election ended her suspension and she returned to the Senate in November 2019. In January 2020 the Senate ethics committee recommended that Senator Beyak be suspended a second time because she failed to take her anti-racism training seriously and offered an insufficient and insincere apology. The Senate must vote on whether to support that recommendation and that vote is expected on Wednesday, February 27, 2020.

“Senator Beyak missed many opportunities to demonstrate that she was truly sorry for her previous actions. Her apology seems more driven by her possible suspension and the consequences of that suspension. As Ogichidaa of the Anishinaabe Nation in Treaty #3, I have never received correspondence from Senator Beyak to apologize for her actions; she has never asked to visit any of the Treaty #3 communities and to listen and learn firsthand about residential schools and experiences of survivors. Reconciliation takes a dedicated effort; our Treaty#3 leadership will continue to monitor her words and her actions, but until that time her apology is not accepted,” stated Ogichidaa Kavanaugh.

OPINION – It’s time the Senate worked efficiently, for all Canadians