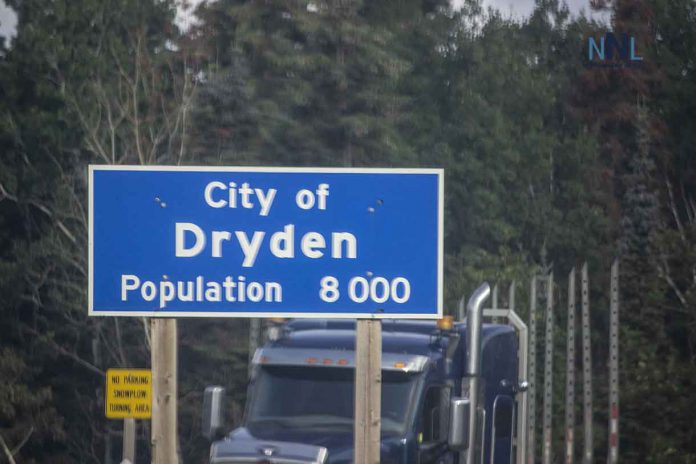 DRYDEN – UPDATED – Members of Dryden City Council will have their say on Northern Ontario Senator Lynn Beyak. The resolution has been brought forward by Councillor Shayne MacKinnon.

A motion before Dryden Council is calling on the Senator resign, and the resolution says it takes “exception to Senator Beyak representing the City in any way or speaking on behalf of or for the community in any official forum or publication”.

The motion passed Council with a unanimous vote. It will now come up for debate and ratification in March at a council meeting.

Later today, the Senator says, “I would like to unreservedly apologize for my actions,” Sen. Lynn Beyak said. “Because of my belief in free speech, my initial instincts were to leave the letters on the website. After long and careful consideration, I now regret not insisting on their removal.”

Sen. Beyak has been under political fire for several years now over letters she published on her Senate Web page and refused to take down. The Senator, appointed by Prime Minister Harper was removed from the Conservative Party Caucus over her refusal to take down the letters.

Early in 2020 a Senate Ethics Committee found her efforts toward being re-instated to the Senate were not enough and the Senate has been moving to suspend her for the remainder of this session.

RESOLUTION CENSURING THE CONDUCT OF SENATOR LYNN BEYAK WHEREAS:
1. The City of Dryden (the “City”) is a municipality situated in what is now known as Northwestern Ontario;

2. The City has set a goal in its strategic plan of fostering positive relationships with Indigenous peoples, including the City’s neighbouring First Nation communities;

3. All levels of government in Canada are called upon to recognize and respond to the conclusions, factual findings, and Calls to Action of the 2015 Report of the Truth and Reconciliation Commission of Canada (the “TRC”);

4. The City and many of its local institutions and organizations are taking steps to engage thoughtfully in the process of reconciliation, recognizing that many families and people of their region continue to be impacted by racism and the intergenerational legacy of colonial policies and Canada’s residential school system;

5. It is the responsibility of the City’s council, as local elected representatives, to speak out on behalf of matters impacting its community members;

6. It is the responsibility of all political representatives for the City and its region to represent our community in a respectful, inclusive, and honourable fashion;

7. Municipal governments, including that of Dryden, must comply with the equality guarantees of the Charter of Rights and Freedoms and the anti- discrimination provisions of the Ontario Human Rights Code, and municipal councillors must uphold the standards of conduct and integrity;

8. Lynn Beyak was appointed to the Senate of Canada by the previous government in 2013 and is widely referred to and known as a Senator from Dryden, Ontario;

9. The behaviour of Senator Beyak offends these aforementioned values, civic duties, and the honour of being a public official representing the people of Northwestern Ontario;

10. Senator Beyak is unelected, and will never face the electorate for her performance, which has become a reputational and social concern to the City, its region, and its citizens;

11. On March 19, 2019, a report from the Senate’s Ethics Officer concluded that Senator breached Senate rules by posting letters on her Senate website that contained racist content, including letters that referred to First Nations people as “milking” the system, as using the history of residential schools as a crutch for handouts, and otherwise cast doubt on the well-documented history of residential schools, as set out by the TRC;

12. In response to the Ethics Officer’s report, the Senator stated that racism does not exist in Canada, that those who say racism exists are seeking to divide Canadians, and that the Commissioners of the TRC engaged in ‘reverse racism’;

13. Senator Beyak was ordered to remove the racist letters from her Senate website, to make a formal apology for posting the letters, and to complete a cultural sensitivity course with an emphasis on Indigenous issues;

14. On May 9, 2019, Senator Beyak was suspended from the Senate for the remainder of the Parliamentary term, which concluded with the General Election held in October 2019;

15. In early 2020, the Standing Committee on Ethics and Conflict of Interest for Senators again recommended that Senator Beyak be suspended without pay for the remainder of the parliamentary session, citing her failure to complete anti-racism training or deliver a sufficient apology for her actions;

16. Numerous media and reports have indicated that Senator Beyak falsely claimed she was Métis during her anti-racism training sessions (which she has subsequently denied) and that she stated in the training that there was no

racism in Northwestern Ontario and made comments which perpetuated negative stereotypes about Indigenous people;

17. The board of the Northwestern Ontario Municipal Association, Grand Council Treaty #3, the Métis National Council, and numerous other Indigenous organizations have called for Senator Beyak to resign;

18. There continues to be racism evident in communities across Canada and in Northwestern Ontario, and it is the responsibility of all public officials to use their office to eradicate it – not to deny its existence;

19. The City and its region are in demographic and economic transition, with a growing role for Indigenous people in governance, economic, and cultural leadership – a change which must be purposefully fostered and celebrated;

20. The Senator’s actions are misrepresentative of the City’s trajectory, its progress, the relationships and image it wishes to build with its neighbours;

21. There are many federal policy priorities that a Senator for a vast region like Northwestern Ontario could use her office to support, but evidently has not;

THEREFORE, BE IT RESOLVED THAT:

22. The City condemns the conduct of Senator Beyak that has given rise to these events, and disavows any racist statements or publications made or promoted by the Senator, particularly as they have come to be attributed to the City;

23. The City takes exception to Senator Beyak representing the City in any way or speaking on behalf of or for the community in any official forum or publication;

24. The City calls for the Senator to immediately resign her position and offer a comprehensive apology to Canadians – and in particular Indigenous Canadians; and

25. The Clerk of the City shall cause this resolution to be forwarded with a cover letter to:
a. all municipalities and representative bodies for Métis people in Northwestern Ontario;