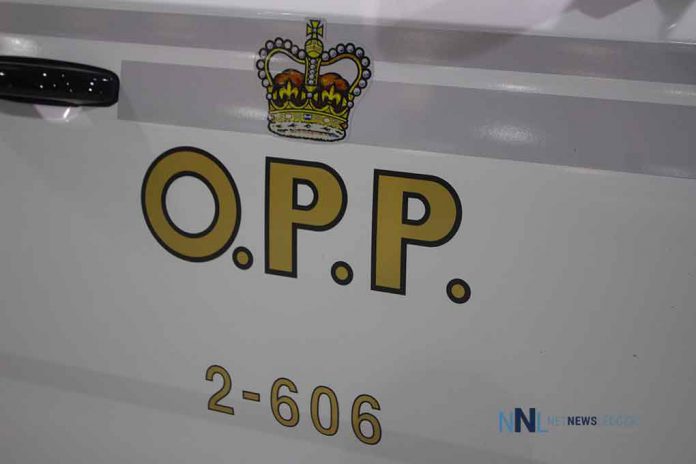 FORT FRANCES, ON – On February 18, 2020, at approximately 8:30 pm officers from the Ontario Provincial Police, Rainy River District Detachment were called to assist the Canadian National Railroad with a train derailment at the Highway 602 crossing South of Emo.

The OPP assisted the CNR with an initial precautionary evacuation of an 800-meter radius from the crossing and also with traffic control as Highway 602 was closed and unpassable.

The OPP would like to notify the public that the precautionary evacuation has been lifted and residents are able to return to their homes as there is no risk to public safety.

Further, however, Highway 602 remains closed and is unpassable. Persons who need to travel in this area will need to take alternate routes and use Highway 613 to access those areas. It is unknown when Highway 602 at the CNR crossing will be open and usable for the public.

Kenora Rainy River MPP Minister Greg Rickford comments, “I have been following the situation in Emo, following the recent train derailment. My staff have been in touch with Mayor Harold McQuaker and I understand that the Mayor is very pleased with the team of professionals that are handling this matter. It is reassuring to know that everyone is safe and that this matter is being contained and managed to ensure public safety. Thanks to our first responders and those involved with getting matter looked after with a focus on public safety.” 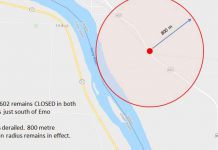