OTTAWA – POLITICS – The leaders of the Liberal Party, Conservative Party, New Democratic Party, Bloc Quebecois and Elizabeth May of the Green Party all spoke today in the House of Commons on the ongoing and growing issues with Wet’suwet’en and Coastal Gaslink.

The Prime Minister says the solution will not be simple, and that it has taken a long time to get to this point.

Conservative Leader Andrew Scheer says, “Justin Trudeau has failed to act as illegal blockades are shutting down our country.“

As divided as Canada appears with supporters of the Wet’suwet’en saying #reconciliationisdead which is a trending hashtag on Twitter, it appears the frustration between Andrew Scheer and the Prime Minister could be even wider.

Here are the Prime Minister’s comments in the House of Commons: 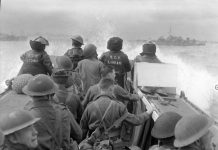