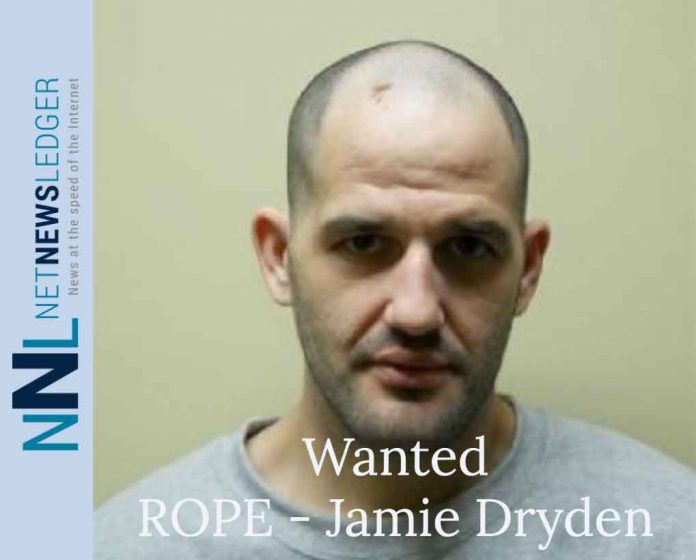 The Repeat Offender Parole Enforcement (R.O.P.E.) Squad is requesting the public’s assistance in locating a federal offender wanted on a Canada Wide Warrant as a result of his breach of statutory release.

Jamie Dryden is described as an Indigenous male, 32 years of age, 5’6″(168cm), 165 lbs (75kgs) with short brown hair and hazel eyes. He has several tattoos which include a Panther, Spider Web, Skulls and a Barbed Wire on his left forearm, “Three Men Keep A Secret, Two are Dead” on his right arm. He also has an eye on his left hand.

He is serving a two (2) year and nine (9) month sentence for Aggravated Assault X3, Break and Enter X2, Disguise with Intent and Theft Under.

Dryden is also wanted by the Hamilton Police Service for several violent criminal offenses and he is considered armed and dangerous.