THUNDER BAY – “Death by a thousand cuts is the only way to capture how this council is wreaking havoc with social institutions in the community’s most time of need,’ says the Canadian Union of Public Employees (CUPE) Local 3120 President Margaret Demillo.

Council voted to remove $50,000 from the Library budget on Monday night. The move was opposed by Mayor Mauro, Councillors Ch’ng, Foulds, Fraser and Oliver.

City council cut the Thunder Bay Public’s Library capital budget by $50,000 at budget ratification on February 10. “The motivation behind the cuts is questionable since there are no-cost savings per se,” says Demillo. “The money was re-allocated into another budget line item, which simply indicates that libraries are not valued by this council. For every dollar invested in the Thunder Bay Library, the community sees a return of $6.70. If you do the math on this budget cut, the community has been denied $335,000 in social investment.” 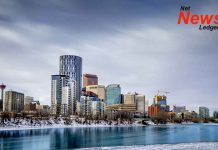