Treaty One Territory, Winnipeg, Manitoba – The Assembly of Manitoba Chiefs (AMC) Grand Chief Arlen Dumas commented on the need for the Province of Saskatchewan and Manitoba to meaningfully engage with First Nations in Manitoba at the beginning of discussions on the development of an oil pipeline to Churchill.

Today, Saskatchewan Premier Scott Moe announced the Saskatchewan government will be evaluating potential pipeline projects in Saskatchewan that would create access to markets, including inter-provincially through Manitoba at the port of Churchill.

Grand Chief Arlen Dumas stated, “The AMC calls on Saskatchewan Premier Scott and Manitoba Premier Brian Pallister to ensure that First Nations in Manitoba are involved in the discussions the development of an oil pipeline to Churchill. First Nations in Manitoba must be involved, consulted and engaged in the process in a manner that respects their rights and interests. This includes considerations of First Nations’ interests in other infrastructure including the railway and the port, and if developed, their involvement that leads to positive economic benefits and prosperity.” 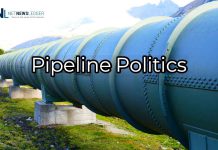