THUNDER BAY – NEWS – Thunder Bay Police Service’s BEAR growled on January 31st, 2020 as the Break and Enter and Armed Robbery unit arrested a suspect who was involved in an armed robbery of the Circle K Convenience Store at 640 Waterloo Street on Thunder Bay’s south side.

This robbery incident was especially concerning to both police and to the public as firearms were involved.

Officers with the Uniform Patrol Branch were originally dispatched to the Circle K convenience store just before 8:30 pm on Sunday, December 1, 2019, following reports of a robbery that had just occurred.

Police reported at the time, that a male armed with a long gun had entered the store with his face covered. The suspect pointed his firearm, a long arm, at the store clerk and demanded money. The suspect then fled the store on foot.

On December 1, 2019, – thanks to the combined efforts of members of dispatch, the Emergency Task Unit, K9 Unit, Community Response Team, and first-responding Uniform Patrol Branch officers – Thunder Bay Police officers located a discarded rifle which they believed had been used in the robbery.

As a result of the ongoing investigation into this armed robbery by members of the BEAR Unit, police identified a suspect connected to this robbery.

On the afternoon of Friday, January 31, 2020, officers located and arrested a 20-year-old Thunder Bay man.

Myron Percy LEBOEUF, 20, of Thunder Bay is charged with:

LEBOEUF appeared in bail court on Saturday, February 1, 2020, and was remanded into custody at the Thunder Bay District Jail with a future appearance date. 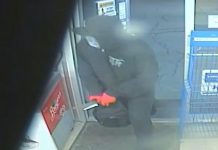 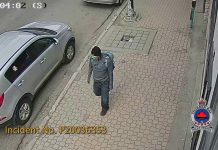 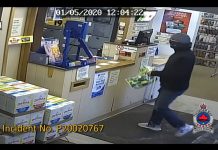