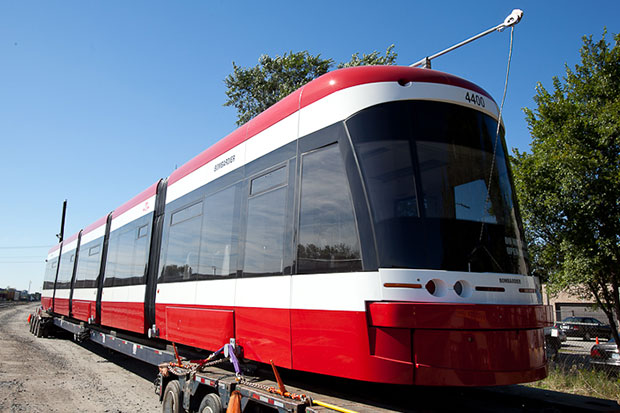 Home Politics National Politics Ontario and Toronto Approve Update on Transit Project
TORONTO – Today, Toronto City Council approved an update on discussions with the Province of Ontario regarding their four priority transit projects: The Ontario Line, Line 2 East Extension, (three-stop expansion of Line 2 into Scarborough), Yonge North Subway Extension and Eglinton Crosstown West Extension.
Mayor John Tory says, “People want us to get on with building new transit in Toronto and upgrade our existing transit system. Today, the Council made important progress in our agreements with the Province of Ontario to accelerate four transit projects in our city. I look forward to continuing to work with City staff, councillors and the Government of Ontario to move these transit projects forward to benefit Toronto residents.”
Both governments are absolutely committed to working together to expand transit in Toronto.
Staff recommendations are outlined in the Toronto-Ontario Transit Partnership – Status Update report https://www.toronto.ca/legdocs/mmis/2020/ex/bgrd/backgroundfile-141658.pdf. The report is an update on the negotiations of various agreements with the Province and information regarding the proposed acceleration measures that will enhance the Province’s ability to meet committed timelines for transit construction. City Council amendments to the staff report are outlined in this preliminary decision document http://app.toronto.ca/tmmis/viewAgendaItemHistory.do?item=2020.EX12.3
The City and Province have completed a Memorandum of Understanding (MOU) https://www.toronto.ca/legdocs/mmis/2020/ex/bgrd/backgroundfile-141912.pdf on Transit Oriented Development. This MOU establishes a series of shared objectives and identifies the roles and responsibilities for the City and Province for these four priority transit projects.
A preliminary agreement with the Province, formalizing a series of terms previously approved by Council is expected to be finalized by the end of March.
The City continues to work with the Province on its proposed acceleration measures and to explore opportunities to expedite the delivery of the transit projects.
The Province has provided a Statement of Intent https://www.toronto.ca/legdocs/mmis/2020/ex/bgrd/backgroundfile-141913.pdf
to the City, which is a high-level overview of goals/objectives, and a commitment to continued consultation and engagement with the City.
Metrolinx has begun public consultations on the Ontario Line and the Line 2 East Extension. More information about these consultations can be found at http://www.metrolinx.com/en/greaterregion/projects/Default.aspx