A rising number of indigenous women in Canada are setting up businesses that aim to have a positive social impact, with many focused on Indigenous women

TORONTO (Thomson Reuters Foundation) – When Jenn Harper dreamed of a young native Canadian girl in lip gloss she knew she had found a way to help her community.

The dream in 2015 prompted her to set up Cheekbone Beauty from her kitchen, a cosmetics brand with products named after successful North American Indigenous women that gives 10% of profits to a fund to help educate children on reserves.

Harper is one of a rising number of Indigenous women in Canada setting up businesses that aim to have a positive social impact, with many focused on aboriginal women who have faced shocking levels of violence for decades.

She said she set out to build a social enterprise that would inspire Indigenous youth, particularly girls, among whom suicide rates are up to six times higher than non-indigenous youth.

“I am using lipstick as a platform to raise awareness about what is still happening to indigenous young people,” Harper, 43, told the Thomson Reuters Foundation in an interview, wearing a hot pink lipstick from her Warrior Women range.

“We want to change indigenous youth by showing them they are worthy and (should) not feel shame about their history.”

Harper said her drive was personal. Her grandmother Emily Paul was one of about 150,000 indigenous children taken from their families between the 1840s and 1990s and put in residential schools to assimilate them in Euro-Canadian culture.

She described how her family, like many others, had never dealt with the impact of the government policy that ripped apart families, causing addiction and abuse issues, which in turn led to trans-generational trauma.

Harper said she ended up battling alcohol problems for years until she finally became sober in 2014. Her brother killed himself at the age of 32 about four years ago.

She said her brother’s support for her setting up a business to provide hope to indigenous youth gave her to courage to quit her job in sales last year to focus on Cheekbone Beauty that she runs from a home office, ensuring all products are eco-friendly.

Last year she appeared on “Dragon’s Den”, the national TV show where entrepreneurs pitch to investors, and in 2018 Prime Minister Justin Trudeau invited her to join a round table of female entrepreneurs.

“Getting sober and setting up my business I realised how important it was to share my story with other indigenous women and help others transform,” said Harper, a mother of two from St Catharines in the Niagara region of the province of Ontario.

While Indigenous people account for about 4.9% of Canada’s 35 million population, according to the 2016 census – or about 1.7 million people – they suffer far higher rates of crime, poverty, addiction and violence.

Last June a Canadian government inquiry into widespread violence against indigenous women and girls concluded more than 1,000 such homicides from 1980 to 2012 were “national genocide”.

The inquiry blamed the violence on long-standing racism, colonialism and sexism, along with apathy in Canadian society.

But outside the official numbers, some campaigners for Indigenous rights have suggested between 4,000-5,000 indigenous women have been murdered or disappeared in the past few decades.

Amanda Kennedy, tapped as a new indigenous lead in a program to help develop women-run social enterprises in Ontario – the province with the largest indigenous population in Canada – said rising numbers of aboriginal women were stepping up for change.

She has joined the federally-funded Women of Ontario Social Enterprise Network (WOSEN) set up last year to help under-represented women, including indigenous women, develop 150 new social enterprises and expand 75 others already in Canada.

Kennedy said she was chosen for the role due to her social network within the indigenous community, but also her experience setting up two social enterprises on her own.

In 2016 she established the Yotuni Charitable Initiative, a program aimed at helping at-risk youths after losing three close friends to murder and suicide, and last year set up a consultancy to help indigenous women through education.

“I grew up marginalised in a city, not on a reserve, and had to deal with racism at school, from the police, as we were always seen as the bad apples,” Kennedy, 38, from London, Ontario, told the Thomson Reuters Foundation.

“I have seen a lot of my peers fall to addiction, jailed, murdered, but I am a fighter and I knew I had to do something for the youth of today.”

Kennedy said increasing numbers of indigenous women wanted to set up businesses to break the “vicious cycles of inter-generational trauma” with growing awareness of social enterprise since Canada announced an official definition in 2016.

WOSEN’s regional coordinator Sarah Beyea said social enterprises, which can be for-profit or not-for-profit, were a natural fit for indigenous women wanting to help communities.

“This is a business model gaining a lot of traction,” she said.

The Canadian government last year committed $2 billion to double the number of women-owned businesses by 2025 and invested $4.5 million to support indigenous women entrepreneurs.

“In our culture women are supposed to lead and our women are now stepping up, fighting, and using their voice,” Kennedy said.

“I teach them how to have a positive body image, stand strong and speak their truth so they are not vulnerable to becoming one of the missing.” 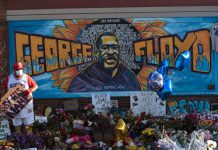