Members will consider issues such as how people heat their homes, what they buy and how they travel

LONDON (Thomson Reuters Foundation) – From health workers to engineers and teenagers to grandparents, 110 Britons will join a citizens’ assembly on climate change this weekend to discuss how the country can reduce greenhouse gas emissions to net-zero by 2050.

Britain became the first major economy to enshrine a net-zero target into law last year – a move implying rapid transformation in sectors from energy and transport to food, farming, and housing.

Lawmakers first announced they would hold a citizens’ assembly last year in response to growing public unease over the climate crisis.

Ranging in age from 16 to 79, participants will meet in the city of Birmingham over four weekends from January to March to consider how Britain can best meet the 2050 target.

Although Climate Assembly UK will have no independent powers, lawmakers have said its deliberations will inform broader discussions.

Members will hear from a range of experts to help them consider issues such as how people heat their homes, what they buy and how they travel. Their recommendations will be published in a report to parliament in April.

Extinction Rebellion welcomed the chance for the public to have a say but said the assembly was “toothless” as the government would be free to ignore its recommendations.

She called for Britain to cut carbon emissions to net-zero earlier, by 2025, warning that the 2050 target amounted to a “death sentence” for the planet.

Temperatures have already risen by more than one degree Celsius since pre-industrial times and government commitments under the 2015 Paris Agreement on climate change, even if achieved, would bring warming of more than 3 degrees Celsius.

Scientists say such high levels of warming could make parts of the world uninhabitable, devastate farming and drown coastal cities.

In order to meet the 2050 target Britain will have to reduce the climate-changing gases it produces to a much lower level than today, and balance any remaining emissions by absorbing the same amount from the atmosphere, such as by planting more trees.

Participants were chosen to reflect the British population in terms of age, gender, educational level, and ethnicity, as well as in attitudes to climate change.

Three members are not at all concerned about climate change, 16 not very concerned, 36 fairly concerned and 54 very concerned. One in five assembly members lives in a rural area and 30 are over 60, reflecting the country’s aging population.

“It’s amazing to get the chance to have a say and influence what may happen in the future,” said assembly member Marc, a 46-year-old army veteran from the northern city of Newcastle.

“I hope Britain can take a leading role in making the changes we need to secure our future.”

Industrialized countries have started to make increased use of citizens’ assemblies, to serve as pressure valves on contentious issues and to mobilize support for decisions that legislatures driven by election cycles might struggle to pass.

France is also holding a citizens’ assembly on tackling the climate emergency. 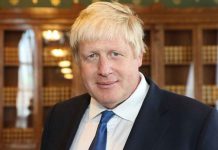