More than 25,000 people, including more than 5,000 children under 12, have reported being harmed through exposure to contaminants, according to court records

WASHINGTON (Reuters) – The U.S. Supreme Court on Tuesday let residents of Flint, Michigan pursue a civil rights lawsuit against the city and government officials that accused them of knowingly allowing the city’s water supply to become contaminated with lead.

The justices turned away two appeals by the city and the state and local officials of a lower court ruling that allowed the lawsuit to move forward. The lower court rejected a demand for immunity by the officials, finding that they violated the residents’ right to “bodily integrity” under the U.S. Constitution by providing the tainted water after switching water sources in a cost-cutting move in 2014.

The justices’ action comes as similar class-action cases are currently on appeal at the Cincinnati, Ohio-based 6th U.S. Circuit Court of Appeals.

Flint switched its public water source from Lake Huron to the Flint River to reduce costs during a financial crisis. The corrosive river water caused lead to leach from pipes.

The city switched back to Lake Huron water the next year. The contaminated river water also triggered an outbreak of bacteria-caused Legionnaires’ disease, which killed 12 people and sickened dozens of others

Lawsuits over Flint’s water have proliferated in recent years. The number of people who have reported being harmed through exposure to contaminants in Flint, including lead and bacteria, or who experienced ailments such as rashes and hair loss, has reached more than 25,000, including more than 5,000 children under 12, according to court records.

The cases center on the Constitution’s 14th Amendment guarantee of due process under the law, which can protect people from government-induced harm to their personal security or health, a legal principle known as “bodily integrity.”

Courts have previously enforced the right to confront abuses of power in cases of direct physical intrusion, such as non-consensual medical procedures or forced drug administration.

The defendants argued that the lower courts have dangerously expanded that right by applying it to policy decisions that result in public exposure to environmental toxins. They also argued they are protected from the claims through a legal doctrine known as “qualified immunity” because they could not have known they could be held liable for “doing the best they could in difficult circumstances with limited information.”

The case before the justices was filed in 2016 by two Flint residents including Shari Guertin, who said that she and her child were exposed to high levels of lead.

Calling the water crisis a “government-created environmental disaster” in a 2019 ruling, the 6th Circuit green-lighted the constitutional claims and rejected immunity for the officials.

(Reporting by Andrew Chung; Editing by Will Dunham)

Wet’suwet’en Jurisdiction and Governance Must be Upheld 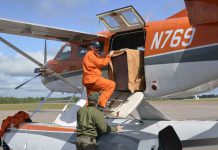