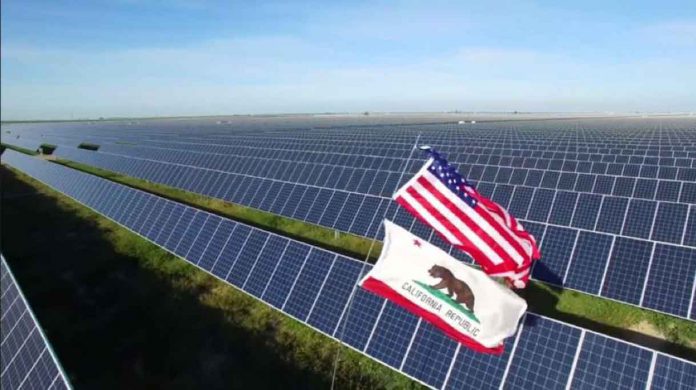 The human race has always needed energy sources to perform work, and for much of human history, that energy simply came from human and animal labor, such as for farms or blacksmith shops. But by the 1800s, the Industrial Revolution brought about steam power and factories, allowing much more work to be done. Starting in the late 1800s, electricity was harnessed at last, and this spurred on even more technological growth. Throughout the 20th century, fossil-fueled power plants became the norm, supporting a massive energy grid in the U.S. and other developed nations. However, fossil fuel sources such as coal, oil, and gas are facing increasing scrutiny and criticism due to their constant pollution, and innovators are looking for new energy sources that don’t pollute so much. After all, even common home cleaners release 450 chemicals into the air with each use. Imagine how many chemicals are released from fossil fuel sources?

Among other clean energy sources, solar panels have proven a lucrative and efficient technology to meet this need, and this sector has grown rapidly. Now, many companies large and small are building and installing solar panels everywhere, and the trend shows no sign of slowing down.

There is already coal and oil in the ground, and natural gas pockets in the ocean floor, not to mention all the vehicles and machines needed to harvest it all. Why use solar power at all? There are a number of advantages to using solar power, and one of them is the sheer scale of it all. The earth’s sun is the source of all energy on the planet, and by now, it has been properly measured. Every day, an incredible 173,000 terawatts of solar energy strikes the Earth, which is 10,000 times as much energy used by the entire human race at any given time. Humanity could rapidly industrialize every last corner of the planet, and there will still be more solar energy than we know what to do with. What is more, the sun will not be mined out like a coal seam or a natural gas pocket; instead, it will keep shining for another five billion years, without interruption. For all intents and purposes, solar energy is inexhaustible and limitless. The only real limitation is how many solar panels are built to collect it all.

On a more human scale, solar energy has a lot of potentials to offer. Solar panels were invented back in the 1970s or so, but they did not become economically efficient and viable until the 2000s or so. Fortunately, solar panel tech seems to be making up for lost time, and this technology has become far more efficient and price-friendly than ever, mainly during the 2010s. In fact, in many ways, solar panel tech has become more economically feasible and practical than the fossil fuels it is meant to replace. The solar energy sector also employs a massive number of Americans and creates many jobs, more than the fossil fuel industries do. These jobs often appear in sunny sectors that many people might want to visit for vacation, too. Many jobs for designing, building, installing, and repairing solar panels have been added to the American economy across the country. In fact, machinery transport makes up one of the three of the most valuable commodities transported across the country. Even developing parts of the world, such as sub-Saharan Africa, are seeing a lot of solar panel installation, which helps create jobs there, too. On top of that, solar panel tech spurs technological innovation, which could lead to all sorts of unexpected benefits and options in the future.

There is also the matter of pollution reduction. Yes, some pollution may be created during the construction and transportation of these panels, but that is only for the short term. While in operation, these panels collect solar energy and use it to excite electrons, and that will generate electricity. Solar panels do not produce any sort of byproduct while in operation, no matter how much electricity they generate. No gases, no liquids, no radiation, nothing. Thus, large solar panel arrays can replace fossil fuel power plants and provide the same power, minus the harmful air emissions, and greatly cut back on global pollution rates. This is very good for the natural environment and improves air quality in general.

Now it is time for the business aspect of solar panels, and many small and large solar panel companies alike are helping to build up this young industry. This means that a lot of money is tied to solar power, and a startup solar power company owner should be careful about their finances so they can profit from this sector and grow smoothly. This means careful use of loans and audits, just like in any other business. After all, surveys show that 60% of small business owners admit to being insufficiently knowledgeable about accounting and finance. The IRS, meanwhile, can audit business tax returns for up to three years after they were filed, and collect any back taxes owed within the last decade. Solar panel technology is popular and lucrative, but all the same, a small company owner should make sure that their finances are in line so that they can enjoy the profits of all this.

What do studies show about solar panel funding and development? The 2010s saw massive growth for solar panel tech, and this may continue well into the 2020s, too. Altogether, corporate funding (including venture capital and private equity) came out to $11.7 billion worldwide in 2019. This compares favorably to 2018’s total of $9.7 billion. Some of the most generously funded companies include Renew Power ($300 million), Hero Future Energies ($150 million), and Avaada Energy ($144 million). Solar energy companies in India and the Middle East, in particular, received generous funding in the form of venture capital investments in 2018, and European and North American firms made good use of mergers and acquisitions (M&A).

On what scale can solar panels be built? One particular advantage of this technology is that solar panels can be installed just a few at a time for a house, or built-in arrays of hundreds or even thousands at a time, depending on need. On the smallest scale, individual houses can have a few solar panels built on their roofs so that they can generate their own electricity and become independent of the general electric grid. Some houses in sunny parts of the U.S. are built with solar panels already on their roofs, while other houses can easily have these panels installed on them. An interested homeowner can look up local solar panel installation companies, and ask to have some panels fitted onto their roof.

Doing this will require some work, such as setting up the brackets that hold the panels in place on the roof, as well as installing the panels themselves and all the wires that will feed electricity to the house. You might also want to talk to a consulting company to see if this is a viable option for your business. Consulting companies generate $262 billion around the world each year, making them a great asset for changes in business operations. Official city inspectors will also look over the house before, during, and after the process to make sure everything is in good working order. Once everything is set up and approved, the house is disconnected from the public power grid, and its solar panels activate. Now, the house gets its own power, and those panels divert some of their generated electricity to backup batteries. After all, if the house needs power during the night or cloudy weather, the sun can’t provide that power at the moment, so those backup batteries are used. In this way, small-scale solar panel arrays don’t have any blind spots where electricity is unavailable. Commercial buildings can also have these panel arrays built on their roofs to provide all of their power.

On the largest scale, solar panel arrays can take the place of an entire fossil fuel power plant, in order to eliminate the constant emissions from those plants. Such huge arrays can contain thousands of solar panels at once, and those arrays are built out in the wilderness where there is room (and they won’t get in anyone’s way). Often, these arrays are built in sunny parts of the U.S., namely states like Texas and California, though North Carolina is also investing heavily in solar power. Such massive arrays can generate and provide enough power for entire city blocks or neighborhoods at a time. And while the U.S. does not currently have a federal mandate or program for solar panel installation, many American states and cities have their own solar power initiatives and are installing solar arrays in great numbers. This helps the U.S. keep pace with other nations, many of which do have national programs and goals for solar panel use, such as many European countries. 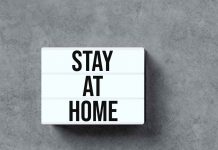 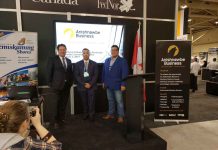