THUNDER BAY – A person of interest in the homicide of Makayla Chang, a 16-year-old Nanaimo teenage girl, Steven Bacon has ties to sexual offenses in Thunder Bay, NetNewsLedger has learned.

Steven Bacon, a sixty-year-old man is considered by police as a person of interest in the death of the teenager who was found dead in 2017.

Steven Bacon faces charges of sexual assault, sexual interference, sexual exploitation, and incest for crimes that are alleged to have occurred in Ontario over an eight-year period between 1996 and 2004. Those criminal charges were first laid against Bacon back on September 11, 2017.

A warrant was then issued for his arrest for those crimes. 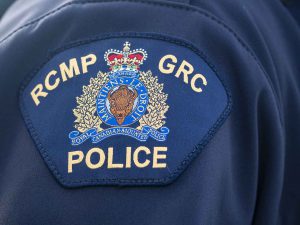 On September 26, 2019, Steven Bacon was arrested in Ontario. While Bacon has had several court appearances throughout the fall of 2019 it was on October 1, 2019, when the Court in Ontario was told that there are more charges against Bacon which are pending from the Courts in British Columbia.

News of Bacon’s arrest was reported on January 3, 2020, when Nanaimo RCMP reported that Bacon had been arrested on charges unrelated to their investigation.

While Bacon was not named a suspect in the investigation, he is a person of interest.

Back in August 2019, the RCMP Detachment in Nanaimo BC issued a Canada-wide appeal for information on his whereabouts. This was part of the ongoing RCMP investigation into Makayla Chang’s death. As a part of that investigation because the RCMP reported that Bacon was a friend of Chang’s and an occasional guest in his home.

RCMP had searched Bacon’s property in Nanaimo in 2017 shortly after her body had been discovered.

Bacon is to appear in court in Thunder Bay on March 16, 2020. None of the charges have been proven in court.