From clever farming to solar-powered taps, there’s a host of futuristic ideas highlighted at this year’s global tech show in Las Vegas

LONDON (Thomson Reuters Foundation) – Often cited as a window into the future, the annual Consumer Electronics Show parades countless cutting-edge innovations and crazy gadgets on the larger-than-life strip that is Las Vegas.

Among the giant TVs and cute robots that draw huge crowds to the mega-conference – now in its 10th year – technology that aims to solve social or environmental problems is also on show.

From clever farming to fake meat, here are some of the best inventions for good at this week’s 2020 consumer show, running this week in the U.S. desert city.

Tulsa-based Exaeris showcased its solar-powered AcquaTap device that extracts up to five gallons of clean, drinkable water a day from the atmosphere, allowing it to generate water anywhere, even in drought and disaster.

Swiss group Farmer Connect and software giant IBM launched a mobile app using blockchain technology so coffee drinkers can trace their beans and support the smallholders who grew them.

With air pollution on the rise, Brooklyn-based startup Ao Air has devised a transparent face mask whose battery-powered fans bring in clean air to the wearer, free from pollutants.

With sales of sports utility vehicles rising, L.A.-based electric car company Fisker showcased the Ocean, an electric version with a solar panel on the roof and vegan interiors. 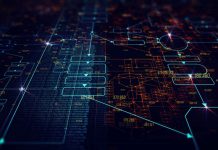 Sencia Canada – We are here to provide business continuity

What Every Startup Needs To Succeed