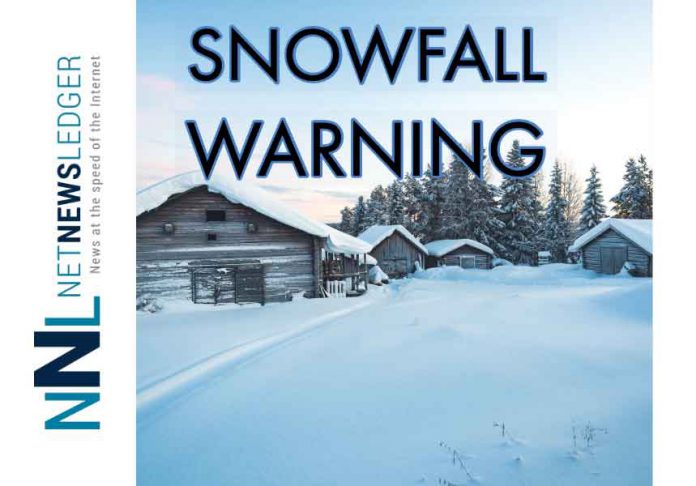 WINNIPEG – WEATHER – There are snowfall warnings in effect for several Northern Manitoba regions today which border on Northern Ontario.

So far there are no alerts or warnings in effect for Northern Ontario.

For Sandy Lake, Environment Canada is calling for snow ending this afternoon then cloudy with 60 percent chance of flurries. There is a risk of freezing drizzle late this afternoon. Amounts of 2 to 4 cm are in the forecast. The weather service is also calling for winds of up to 15 km/h. The high is expected to be near zero.