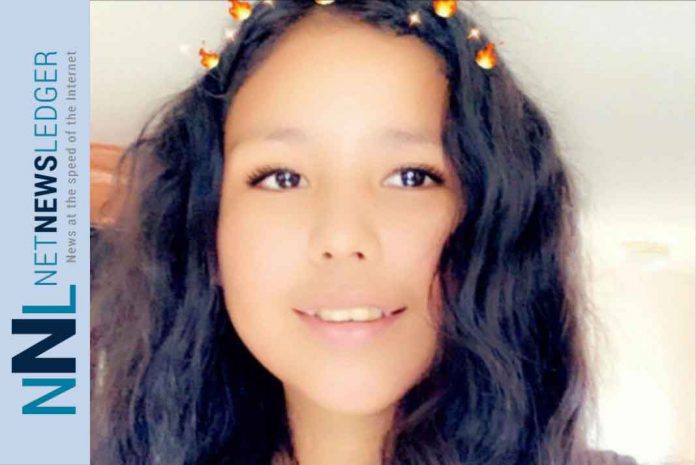 THUNDER BAY – For 16-year-old Paris Meekis, her first experience with political activism took place this past June 2019. She traveled 1700 kilometers from her home in the Grassy Narrows Asubpeeschoseewagong First Nation in Ontario, Canada, to Toronto. In Toronto, she was joined by hundreds of supporters calling on the government of Canada to address the long-standing environmental and health crisis faced by her community as a result of mercury poisoning.

Her message to Prime Minister Justin Trudeau was clear: No more ignoring us – we need change now. “It felt amazing to me,” says Paris. “I felt proud to be standing up for my community.”

The people of Grassy Narrows have been dealing with mercury poisoning for more than 40 years. Grassy Narrows is a beautiful place of rolling forested hills set between two lakes. But between 1962 and 1970, a paper and pulp company dumped more than 9,000 kilograms (nearly 20,000 pounds) of mercury into the Wabigoon river system – the lifeblood of a people whose economy and faith-centered on fish.

Over 250 kilometres of waterways were contaminated and commercial fisheries were ordered closed – decimating both local industry and tourism. No remediation was done. Economic devastation was followed by community-wide diagnoses of Minamata disease, a neurological syndrome with a constellation of severe, disabling symptoms. The tragedy has been multigenerational. Once ingested, mercury “bioaccumulates,” even passing through the placenta to affect those born long after the dumping stopped.

Although lawsuits brought promises of compensation and support from industry and government, the community has seen little of either, including a promised mercury care and treatment home that the government was to have built within the community. The overwhelming majority of Grassy Narrows people are getting no compensation for the mercury’s impact on their lives.

For decades, the activists of the Grassy Narrows have fought against those who have exploited and destroyed their land. Today, they are joined by a new, passionate and social media-savvy generation, seeking justice for an environmental catastrophe that continues to ravage the health of the community.

Long-time activist and community elder Judy DaSilva says that the youth of Grassy Narrows “have seen their grandmothers, grandfathers, and older relatives suffering and have the compassion and love to speak out.”

Grassy Narrows has “a strong tradition of youth involvement,” adds Judy. Faced with ongoing clear-cutting of local forests, in 2002, activists stopped traffic along a logging road, in what became the longest-running First Nations’ blockade in Canada. In 2014, a hunger strike refocused attention on the struggle with mercury poisoning, which had faded from public view.

“This generation brings a new creativity in how they share our story,” says Judy. “In the 1970s when young people protested, all we had was newspaper and radio. Today’s young people can blast a meme that goes viral and reaches thousands.”

Case in point: the song “Home to Me”, written, recorded and performed in Grassy Narrows, has been viewed nearly a million times on Facebook and YouTube. In it, youth sing that they will “rise from the ruins and keep protecting the land.”

Social media success has brought new attention to the community’s fight for environmental justice. “My five children tell me of their fear for the future, and how the extractive industry has a total disregard for their lives,” says Judy. “They’ve already witnessed the effect of climate change and struggle each day to have a good life in a damaged land. But it’s been encouraging to see the interest from outside advocates and independent media that has come to Grassy Narrows with a focused interest in the youth.”

“Now that our story is something everyone knows about, it’s making kids confident to speak up, too,” says Paris, adding that the government “finally needs to do something.”

At stake is nothing less than the lives of Grassy Narrows’ people, and the place they love. “I knew the taste of water from the lake and the sound of birds waking me early in the morning,” says Judy. “I heard the buzzing of bees flying from flower to flower, and I ate uncontaminated food of the forest. I wish the same for Grassy Narrows young people, and that they can always be happy that they still live on their original ancestral homelands, where their relatives thrived for thousands of years.  We can only strive to seek justice for our living relatives and future generations. We’re not there yet – but we still have fight in us.”

Read more about the work of Grassy Narrows on their website.

Watch the viral video created for the song “Home to Me“, written, recorded and performed in Grassy Narrows.