LONDON (Thomson Reuters Foundation) – British band Massive Attack has teamed up with climate scientists at England’s University of Manchester to reduce the environmental impact of live music gigs, it said on Thursday.

Researchers at the university’s Tyndall Centre will use data from Massive Attack’s tour in 2020 to draw up recommendations for them and other artists on how to cut their carbon footprint.

The news comes a week after another well-known British band, Coldplay, announced it would not tour to promote its new album due to environmental concerns.

The rock group said it was working on how to make its concerts environmentally sustainable.

Massive Attack members said they had been “concerned and preoccupied” with the climate impact of their touring schedules.

In April, the band joined activists with climate protest group Extinction Rebellion to play at a London demonstration.

On Thursday, Massive Attack urged other performers also to find ways to shrink the role of their work in fuelling global warming.

“Any actions we take in isolation will prove to be too ineffective unless our sector, our industry, moves together,” the band said in a statement.

“The entertainment industry must play its part.”

Researchers will map the band’s carbon footprint through the first half of next year, assessing the energy used in activities such as transporting musicians, crew and equipment, and producing live shows.

They also hope to work with concert venues to monitor the impact of audience travel.

In 2007, research by the University of Oxford estimated that the British music industry accounted for about 540,000 tonnes of greenhouse gas emissions annually, equivalent to powering almost 65,000 homes for one year.

Chris Jones, a research fellow at the Tyndall Centre, said the data would help inform musicians and producers about greener options such as switching from short-haul flights to train travel and streamlining schedules to limit unnecessary journeys.

Bringing down the music industry’s emissions would require “a lot of difficult changes”, he told the Thomson Reuters Foundation.

“But industry-wide impact is what (Massive Attack) has in mind,” he added. 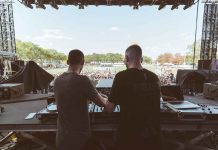