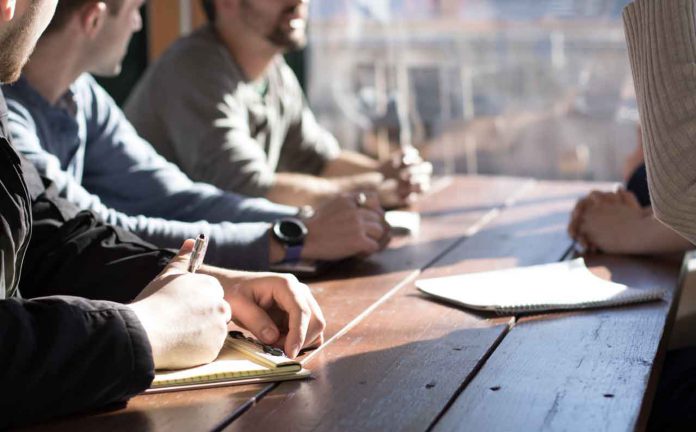 Everyone loves a good vacation from work. Whether you use it to stay home and binge-watch your favorite TV show or join the 87 million recreational boaters on a day on the water, vacation time is well-loved. While many employers may see vacation time as an expense that they’d rather not pay, it turns out that time off can make a drastic impact to your bottom line.

Employees are the backbone of any company and when managed effectively, they can be a considerable predictor of long-term success. Many studies have recently shown the importance of vacation time on employees’ health and productivity, alongside how shorter work weeks can have a measurable impact on this success.

A recent experiment by Microsoft in their Japan offices tested if shorter work week would improve productivity. Here, employees worked a reduced four-day work week instead of the usual five-day work week, but still received the same wages and company benefits, like dental insurance. Not only were their employees happier, but their productivity increased a whopping 40%.

Microsoft is responsible for running about 80% of the world’s computers with Windows. While this goal might only seem achievable for a large corporation, the results suggest that many similar businesses could achieve better productivity.

Looking for even more reasons to try this in your own organization? The study also helped the company save money. Being that the offices were occupied only four days a week instead of five, electricity use was down 23% and employees printed 59% fewer pages of paper during the month-long trial. They not only saved money but saved on energy use as well. Since most computers are made from 75% recycled steel, this company just goes to show that sustainable practices are achievable while you’re trying to boost productivity.

A similar experiment took place in Australia. Collective Campus, a corporate innovation and startup accelerator that was recognized in 2018 as one of Australia’s fastest-growing new companies, conducted an experiment which lasted two weeks and centered not on fewer workdays per week, but on shorter workdays themselves. Instead of working the standard eight hours per day, Collective Campus experimented with only six-hour workdays. The shorter workday forced employees to prioritize more effectively, limit interruptions, and operate at a much more deliberate level. The team also maintained, and in some cases increased, its quantity and quality of work. Workers reported an improved mental state which they attributed to having more time for rest, family, friends, and personal pastimes.

Let’s not forget the role that vacations play either. Americans typically receive less vacation time than our European counterparts. For instance, Austria has between 25 days of mandatory vacation and 13 paid holidays. Estonia has 20 vacation days and eleven paid holidays.

Over in the United States though, by law, an employer doesn’t have to give you any paid time off. So, if you are not required to provide your employees with paid vacation time then why offer it? Employee health, for one.

A nine-year study reported in Psychosomatic Medicine found that vacations actually reduce the risk of heart disease. Consistently working long hours and not taking extended time away from the office can have a damaging effect on health.

Men who did not take a vacation for several years were 30% more likely to suffer a heart attack than those who took a vacation at least one week a year. The study also reported that skipping even one year of vacation time can be associated with an increased risk of heart disease.

A study from Framingham Heart found that not taking vacations can be as damaging to women. Those who took a vacation once every six years or less were almost eight times more likely to develop coronary heart disease or have a heart attack than those who took at least two vacations a year.

An internal study conducted by professional services firm Ernst & Young of its employees found that for each additional 10 hours of vacation time employees took, their year-end performance ratings improved by 8% or more.

When your employees take time off, they perform better at work. In his book “The Happiness Advantage: The Seven Principles of Positive Psychology That Fuel Success and Performance at Work,” Shawn Achor cites research from the American Psychological Association that found when, “the brain can think positively, productivity improves by 31%, sales increase by 37%, and creativity and revenues can triple.”

By now you can see why employee happiness should carry as much weight in your company profile as your mission statement. With how much employees invest in the company they work for, the company needs to repay that. For instance, 18% of people who move in the U.S. do so for reasons relating to work. With this on top of the countless hours and mind power that employees invest, giving them time off will day dividends in the long run.

Companies that create happy workforces see higher productivity and higher retention. When employees are happy, everyone wins. And it’s not just a hypothesis, but several studies back this up. These are just some basic ideas on how to generate employee happiness in order to benefit your business, but there are countless ways that don’t stop here. Make it one of your top goals in the new year to improve productivity and happiness in your company.