Sioux Lookout, ON – Mayor Doug Lawrance has declared a State of Emergency in Sioux Lookout at 11:00 a.m.Central Daylight Time on November 13, 2019 as a key step in ensuring the community is well- equipped to assist withthe evacuation of Bearskin Lake First Nation. An emergency Declaration ensures that resources are made available and any costs incurred by the Municipality resulting from the assistance provided, are covered by the provincial and/or federal governments.

Sioux Lookout’s Emergency Control Group, consisting of representatives from the Municipality, Emergency andPolice Services, local, provincial and federal health, safety and emergency management agencies and organizations, the Ministry of Natural Resources and Forestry, a variety of First Nations organizations, and community volunteerswho assist with logistics, met on November 12th and again this morning to discuss the situation in Bearskin Lake First Nation – the community is being evacuated due to a severe flooding threat. An ice jam along the Severn River has caused the water to rise rapidly and resulted in the community being cut off from the airport and vital resources. In concert with the Office of the Fire Marshall and Emergency Management’s (OFMEM) Provincial Emergency Operations Centre (PEOC), the Emergency Control Group determines how best the community can provide support and assistance, and manages the local response.

Chief and Council of Bearskin Lake in consultation with OFMEM has requested that the neighboring communities of Thunder Bay, Kenora and Sioux Lookout offer assistance accordingly. As a result of these discussions, the decision was made to serve, first, as a “hub” community and then as a “host” community. Beginning today, “Phase 1” evacuees, which include up to 125 people from Bearskin Lake First Nation will be housed in Sioux Lookout with an additional 50 evacuees arriving on Thursday. The residents of Bearskin Lake will be airlifted with the use of helicopters from various locations within the Reserve to their airport, and then flown to Sioux Lookout via Dash 7 & Dash 8 aircraft. The NIshnawbe- Aski Police Service (NAPS) is making its Sioux Lookout aircraft hanger available to receive and register evacuees, who will then be transported to local accommodations.

“We are very fortunate to have a great team of Municipal Staff, local agencies’ representatives and volunteers to help welcome and make comfortable the Bearskin Lake First Nation Evacuees,” commented Michelle Larose,Municipal CAO and Chair of the Sioux Lookout Emergency Control Group, adding, “beginning on Thursday, we will have an Information Centre set-up at the host hotel, which will provide information and updates to the evacuees, as well as host toiletries, snacks and other items needed to ensure everyone’s needs are met.” 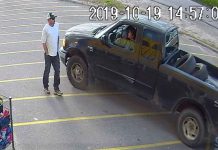 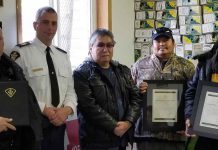 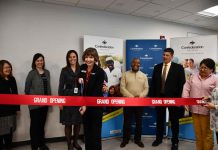