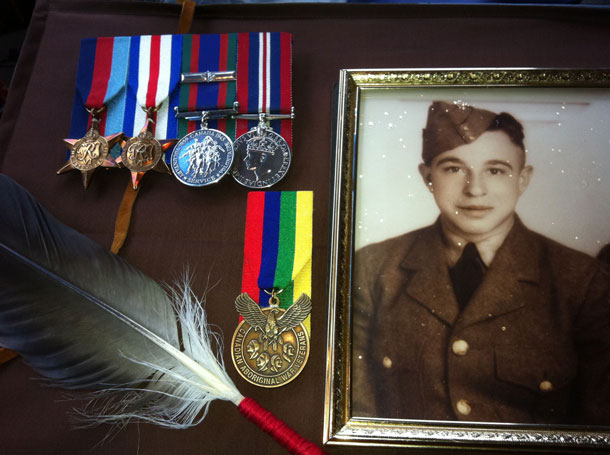 “Lest we forget, each year the Ontario government recognizes the long and proud history of First Nations, Métis and Inuit contributions to the military history of Canada.

Ever since distinguishing themselves fighting alongside British soldiers in the War of 1812, Indigenous people have demonstrated their valour as they have continued to volunteer and sacrifice.

Indigenous men and women have continued this tradition of enlisting to this day, being deployed by NATO, serving with the United Nations and other multinational peace support missions around the world.

There are many places people in Ontario can visit to remember and learn about the contributions of Aboriginal veterans. The National Aboriginal Veterans Monument is located in Ottawa. In Parry Sound, you can find a monument to the valour of Company Sergeant-Major Francis Pegahmagabow of Wasauksing First Nation. Pegahmagabow was the most decorated Indigenous Canadian to fight in the First World War. There are also a number of First Nations, including those at Mississaugas of the Credit and Alderville, that hold ceremonies of remembrance.

Please join me as we honour and learn more about the contributions of Aboriginal veterans on this important day. We will remember them.