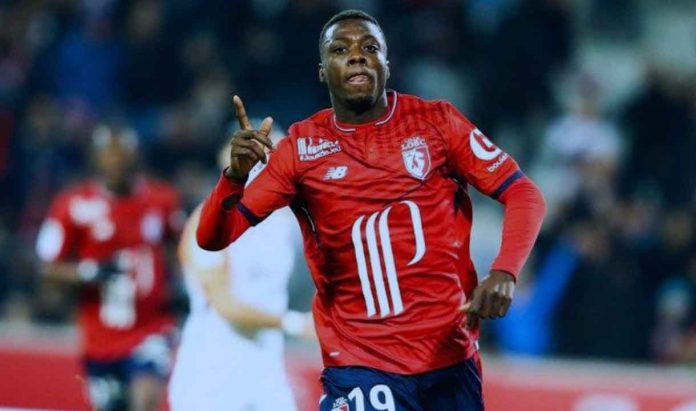 Over the years, Bwin sports betting brand has partnered with several more leading teams, including Atletico Madrid, Borussia Dortmund, Bayern Munich, and Valencia. The partnerships cost the UK-based company millions of pounds, but they also elevated it into one of the most dominant bookmakers in the world.

But how did it all start? Here’s a brief history of Bwin and how it built its betting empire around the world.

Bwin started as a betting shop in Austria in 1997 before it created a website a year later. Back then, the company had about a dozen employees and was known as Bet and win until 2006 when it changed to its current name.

After an Initial Public offering in 2000, Bwin gained enough capital to purchase Gibraltar-based betting company ‘Simon Bold’ and moved its operations to the British territory in 2001. In the same year, the company achieved another milestone by introducing a casino section.

With the introduction of poker and other casino games, the company’s executives changed their name from bet and win to Bwin. The company also expanded its portfolio to begin live streaming games, especially the Germany football games, whose media rights it had acquired one year earlier.

Over time, Bwin partnered with multiple small betting companies. In 2011, it merged Party Gaming to form’s the world’s biggest online gaming entity. Original Bwin owners got the new company’s major shares, though, which is why the new brand didn’t change its name.

Bwin’s main service is sports betting through its website and app. You can bet on nearly every major sport on the site, including popular North American sports like Gridiron, baseball, and American football.

European football is, however, the bread and butter of the bookmaker and you can confirm this by the number of betting markets it offers daily. From the premier league to La Liga, Bundesliga to Italy’s Serie A—you have a chance to bet on all matches played in Europe’s top leagues.

On respected review website bookmakers.net, Bwin regularly appears among the best betting websites to find quality odds every month. That means the bookie doesn’t merely provide a plethora of betting markets, but it also offers excellent odds for its wagers.

Besides sports betting, Bwin has a reputation for providing wagers on popular world events like presidential elections in the US, the Oscars, or Eurovision song contests. It also supports minor sports like eSports, darts, futsal, and MMA.

Bwin provides casino games on the same website it offers sports betting. It’s a well-organized site, so it’s easy to identify its casino games. With more than 200+ slots and tons of table games, the online casino offers more games that you could possibly play.

Bwin acquires its games from leading software providers like Netent, Microgaming, and Pragmatic Play. That means you can play famous slots like Gonzo’s Quest, Narcos, Conan, Age of the Gods, and Aztec Gold. You can sort out the games by category, use a search feature, or scroll downward.

You could also play some of the site’s table games in real-time by accessing the live section with a web-camera. The rules for playing games like poker, roulette, and poker don’t. Instead, the difference is that you play against real people as opposed to software.

Since its launch, Bwin has had a particular interest in offering poker. Unsurprisingly, the company ended up launching a website dedicated to popular poker variations. These include Texas Hold’em, Five-card draw, Omaha, and Omaha Hi/Lo.

Similar to table games on its official website, Bwin poker games use the same rules used worldwide. For instance, a Sit & Go table must be occupied fully before it can start. Royal Flush is the highest hand in Texas’ Hold’em, and there are two hole cards in Omaha.

Loyal Bwin customers can watch tons of games from over 50 sports free of charge on the betting website. From football to baseball, basketball to swimming, Bwin can help you follow through your favorite teams without paying monthly fees for viewership.

Bwin’s first major football partnership was with Portugal’s football league in 2005. As part of the agreement, the company’s logo appeared on all club stadiums in Portugal’s top two leagues. Again, the league cup was known as the Bwin cup until 2013.

In Spain, Bwin was Real Madrid’s main jersey sponsor between 2007 and 2013. They then became the official online gaming partner, a position they have held to date. As we mentioned earlier, Bwin would later sign deals with Juventus, Bayern Munich, Manchester United, Dortmund, and Valencia.

Partnerships with some of Europe’s soccer giants undoubtedly helped Bwin rise to the world stage. But it’s consistency in providing quality services that have helped it stay at the top of betting services for such a long time.

Contacting the betting company, for example, only takes logging in to your account and launching its live help chat button. You could also send Bwin an email and receive a reply within one day. When it comes to payments, the bookmaker has a robust reputation for paying out fast no matter what payment method you choose.

Bwin might be one of the most respected betting platforms today, but it has come a long way since its humble beginnings in Vienna. The company launched with 12 employees and slowly expanded into a global brand. It had to rebrand by changing its name, merge and purchase several betting sites. But more importantly, Bwin has been providing reliable services over the years.