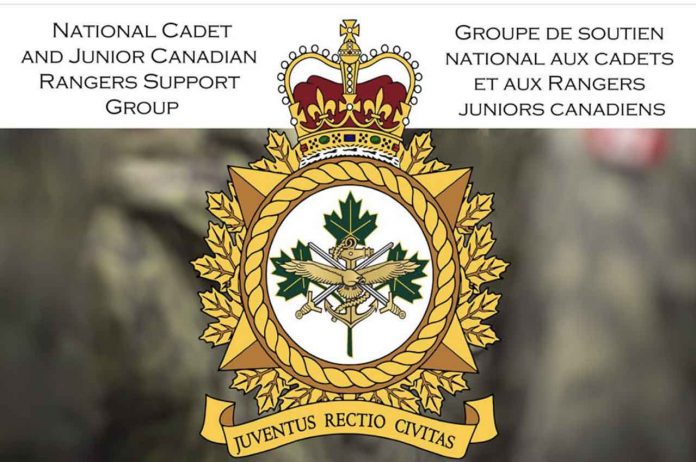 THUNDER BAY – OTTAWA – The Canadian Army is proud to present the approved concept for the new National Cadet and Junior Canadian Rangers Support Group Formation badge, the artwork for the final heraldic badge is being conducted now.

This badge is the first of its kind to feature the level 2 command badge frame designed by the Directorate of History and Heritage. It features the three sprigs of a maple leaf borrowed from the badge of the Junior Canadian Rangers, with the traditional anchor, crossed swords and eagle signifying the three elements of the Canadian Armed Forces, and the related sea, Army and Air Cadet programs.

The scroll reads “JUVENTUS, RECTIO, CIVITAS,” which is Latin for youth, leadership, citizenship and speaks to the aims of the Cadet and Junior Canadian Rangers programs; to instill in youth traits of good citizenship and leadership.