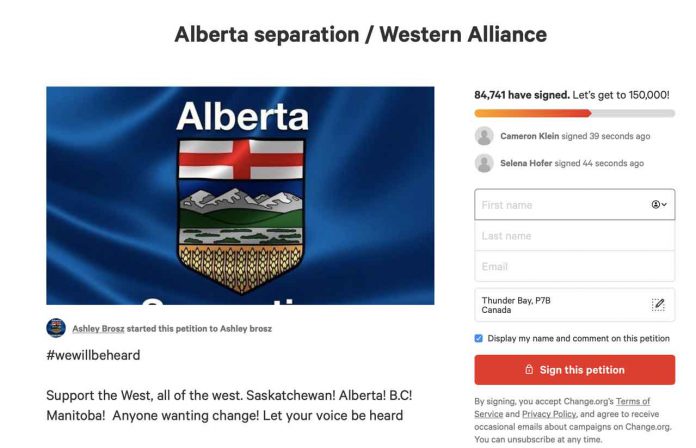 It’s imperative that the federal government take the economic woes and resentment felt by the West very seriously. Here’s what can be done

CALGARY – OPINION – Monday’s federal election has ignited widespread fury in Alberta. Some Albertans are even talking of reviving the separatist movement, which is as dumb as a bag of hammers.

We should remember that almost 31 per cent of Albertans who voted chose parties other than the Conservatives, who are on the wrong side of history when it comes to global warming.

I’m no apologist for Alberta’s oil patch. I consider the development of the oil sands a terrible idea for environmental reasons, such as soil, air and water contamination, as well as because this work causes or exacerbates global warming. And global warming dictates a considerable reduction of fossil fuel production and fast.

I disagree with what I think are short-sighted statements by people like the Canadian Association of Petroleum Producers and the Alberta government, who want the future to be like the past. It won’t be and some major players in the oil and gas and investment industries are already acting accordingly.

It would be a huge mistake, however, for Canadians to dismiss these strong feelings of alienation and insecurity as whining by well-off oil executives. Alberta’s unemployment rate in August was 7.2 per cent, compared with the national figure of 5.7 per cent. And uncertainty about the future haunts thousands of households, even if we acknowledge that for years median incomes of Albertans have been much above those of other regions.

Before leaping to solutions, however, let’s realize what’s going on. Albertans’ unease rests on more than economic insecurity. It also stems from feeling less valued by Central Canada, less connected to decision-making and even patronized by self-described progressives who often seem to dismiss them as old-fashioned simpletons.

In fact, few areas of the country have a workforce as well educated as Alberta’s, even if the province’s political culture is more conservative than some.

So a lot of Alberta’s resentment of Central Canada rests on hurt feelings, somewhat like colonial Canada’s toward Britain.

It’s imperative that the federal government take the economic woes and resentment felt by Alberta (and Saskatchewan) very seriously. In politics, perceptions become people’s reality. National disunity is a big problem, especially when not one Liberal was returned in either Alberta or Saskatchewan. How will these provinces’ interests be represented in caucus or cabinet?

And what could the federal government do to help ameliorate Western economic and social distress? If I were prime minister, I’d consider the following ideas:

The above are merely back-of-the-envelope ideas by a non-expert. Much more could be done. But I hope Prime Minister Justin Trudeau takes Western disaffection seriously and doesn’t think that Albertans are just whining malcontents, even if a lot of noise comes from short-sighted oil people who believe profits matter more than saving humanity from climate catastrophe.

Phil Elder is an emeritus professor of Environmental and Planning Law with the School of Architecture, Planning and Landscape at the University of Calgary. Phil’s wife, Janet Keeping, was the leader of the Green Party of Alberta from 2012 to 2017. 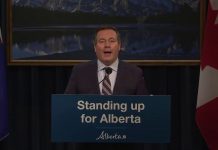 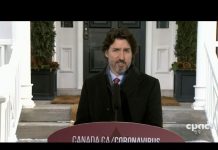 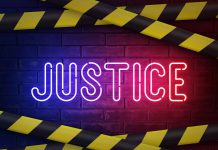