Home Living Mike Signorelli: The transformation of an atheist to founder V1 Church 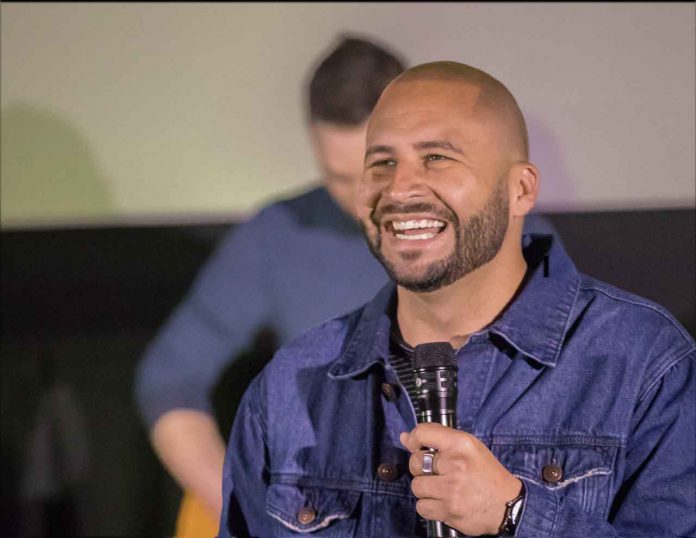 In the modern digital world, our lives have become very demanding. We rush through them, balancing the tasks of home, work, school, or general life. In some ways, the tools to achieve our goals are more within our reach than ever. The need for spirituality in all of this might seem quaint at best, a distraction at worst.

Not according to Mike Signorelli. The Lead Pastor and founder of New York’s V1 Church believed that there certainly exists a need for spirituality, now more than ever. Signorelli was forced to drop out of school in the 10th grade to care for his then bedridden mother, he nonetheless went back to get his GED, graduated from Indiana University – Bloomington, and even taught an undergraduate class in world religion. Throughout it all, Signorelli remained undecided about religion or spirituality. Then something changed.

“I attended a conference by a renowned futurist and he explained that as global access to necessities increases, the single greatest need of the future for humanity will be spiritual significance,” says Signorelli. “The auditorium gasped. It helped me to understand that whether it’s in business or at home, people are in a desperate search for meaning. We are not necessarily looking for organized religion or another set of rules, but we are longing for the metaphysical during personal difficulties.” That’s what gave birth to the idea for V1 Church early on.

Signorelli and his wife Julie started the church in New York City for a very deliberate reason. It’s estimated that in NYC only about 5% of the population ever attends church. But V1 isn’t a proselytizing church. As per Signorelli, it’s a church specifically designed to bring in atheists, agnostics, free-thinkers, and people whose previous church experiences have left them hurt or disinterested.

In many ways, then, Signorelli’s vision is a unique one, one that prioritizes deeper questions rather than simply following a set of ancient rules. It is about giving people a place to unburden themselves and discover the meaning of their life.