THUNDER BAY – NEWS – The Thunder Bay Police Service is requesting the public’s assistance in identifying two suspects connected to a recent robbery of a motel.

Thunder Bay Police Service officers with the Uniform Patrol Branch were originally dispatched to the Lakehead Motel in the 400-block of Cumberland Street North on Tuesday, October 8, 2019, at about 7:20 am following reports of a robbery that had just occurred.

Police learned two male suspects rang the intercom outside the motel asking for a room at about 7 am The two males were allowed to enter the lobby, at which point one of the suspects demanded money from the motel clerk while holding what appeared to be a stick. The pair then fled the motel lobby.

The first suspect is described as a male in his late 20s or early 30s standing about six-feet-tall with stubble on his face. He wore a dark ball cap, grey jacket, pants that were possibly grey with a stripe, dark shoes and carried what appeared to be a stick or a pipe at the time of the incident.

The second suspect is described as a Caucasian male possibly in his mid-30s with a flat face. He wore a dark jacket at the time of the incident.

As a result of an ongoing investigation, officers with the service’s Community Response Team have obtained images showing the two suspects at the time of the robbery. Police are now releasing these images in hopes the public can help positively identify the two males. 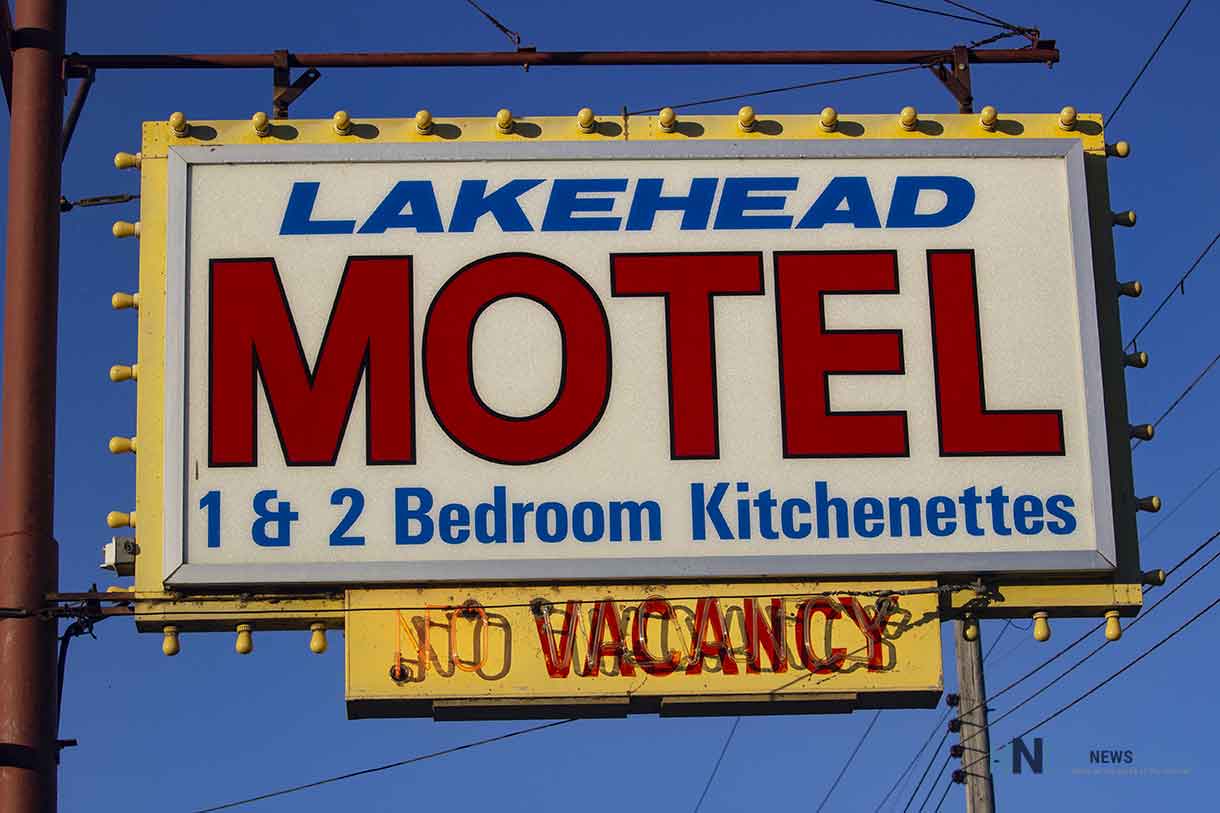