The start of the 2019/20 campaign saw Manchester United succumb to their worst ever start to a season having suffered two defeats, two victories, and four stalemates somewhat expected by bookmakers and passionate about football tips. The club has only been able to collect eight points in nine Premier League games.

The Red Devils have been unable to secure an away win since their 3-1 victory against Paris Saint-Germain at the Parc des Princes back in March 2019 in the round of 16 of the Champions League.

The club is now looking to strengthen up the team, and are currently eyeing Dutch midfielder, Donny va de Beek.

Reports have it that the Old Trafford was handed the opportunity to sign the 22-year-old midfielder for £35million last summer, and now Ajax has been said to have slapped a huge £100 million on the player.

And in the bid to strengthen up the team, the Ole Gunnar Solskjaer side has returned to potentially signing the midfielder this time, according to reports which claim that the club has become keen on signing Van de Beek next summer. A move odds of bookmakers and experts in the bet of the day would highly support.

However, United are not the only European club interested in the 22-year-old as Serie A giants Inter Milan and league rivals Tottenham Hotspur reported to be keen on securing the services of the midfielder, who could leave the Eredivisie giants in the coming summer.

The youngster played an important role for Erik Ten Hag’s team in helping them win the Domestic double and reaching the semi-final of the UEFA Champions League after eliminating Real Madrid and Juventus in the round of 16 and quarter-final respectively.

The 22-year-old midfielder was able to find the back of the net 17 times and further assisting 13 goals in 57 appearances for the Dutch giants last season.

And so far gone in the Eredivisie this season, in seven league starts, Van de Beek has found the back of the net twice and providing four assists.

Jesse Lingard, who plays as a CAM for United, is best known for his inconsistency recently and he is yet to score a goal or assist so far this campaign.  Van de Beek should have no problem making Manchester United starting team, should they triumph in signing him next summer. 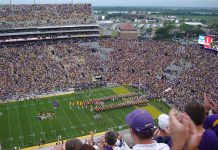