You must have heard about Uber services. Uber services are actually cab services basically originated in America, but they have established their business around the world. Uber provides excellent services around the world, but all that glitters is not gold. This company, with billion-dollar goodwill, also has some issues with it. You must have read about the phenomenon of joining as an Uber driver. Almost anyone can join the Uber company and can start earning money by signing some simple formalities. Now, this must sound good and easy for some people who are desperate to make money and have no expertise except for driving. Some of these people go one step further and turn their job into a crime.

There is a thin line of trust, and actually, we should say that completely blind trust that customers have on their drivers. But some drivers or short term opportunity diggers don’t care for this at all, and when this happens a customer can get into a very bad situation. Today we will talk about some of the incidents that happened with Uber customers, and we will give you some solutions and tips to save yourself from these incidents and any awkward situation. If you want to file a complaint against a driver you can get in touch with a Los Angeles criminal lawyer.

The first incident is reported by Mrs. Brown (name changed to protect her) from Brooklyn, and she told our reporter that she booked an Uber ride from her home to her workplace. She was robbed during this ride. She told us that the Uber rider took her from a different route that day and when she asked him why he was using a different route, he told her that the other route had some maintenance going on, which later on she came to know was a lie. Coming back to the robbery, Mrs. Brown told us that they were stops in a street where both of them were asked to come out and empty his wallet and her purse into a bag the thieves had.

She told us that the driver stopped instead of driving away fast and was not at all reluctant to give away his stuff to the thieves. She was suspicious at that time, but she had no other choice but to give up her stuff. Afterward, the driver dropped her at her office instead of complaining to the nearby precinct. She said he looked into a hurry and dropped me and drove away very fast. She came to know about the involvement when she was told by one of her colleagues that the alpha route was completely fine and was running normally.

This was when she called the Uber helpline, and they told her that the driver had flown away, and his tracking device has been removed so they can’t track him down, but they have issued a complaint against him to the local police.

Now we have many incidents like one faced by Mrs. Brown, but instead of talking about all of them we will discuss the precautions one should take while booking an Uber ride and how to prevent any mishaps like this. So for the tips keep reading below and share your experience after reading the article.

When you book an Uber ride, you have an option to share this detail with another person, use this option and share your booking details with your loved ones so that they can keep track of your ride. Yes! Your loved ones and the people who have your ride details can track your complete ride. So if you get into an awkward stop or prolong stop they can easily contact you or your driver or the company helpline for that matter. This is the first precaution you must take while booking a ride and getting on board.

Stay Active During the Ride!

When you get on board to try to stay active and awake. Sometimes when you had a tiring day and have booked a ride back home you can sleep in the car, and that is not safe at all. You must not sleep during a ride; in this wa,y you won’t be able to keep track of the route you are using or the place he is taking you too. You can easily get in a bad situation if you sleep during your ride, so don’t do that at any cost. Stay fresh or at least look fresh.

Stay in Touch with Kin!

If you don’t feel right or are feeling awkward with the ride, you must stay on call or text messages with a person that can help you if you’re in trouble. Moreover, keep sending him updates of your location so that he can track you properly. This is important and is related to the first precautionary step we mentioned. You can also use this trick to stop yourself from sleeping if you are tired.

Be Confident and Straightforward!

Generally, Uber drivers don’t talk and are not allowed to make a customer uncomfortable with any content that is not professional, may it be music, radio or smoking, etc. you must have the courage to stop anything you don’t like in the car’s atmosphere. People often get shy because they think that they should let the driver do what he wants as you are in his car. But this is not right. You have booked and rented the car for that particular ride, and you are going to pay for it, so don’t feel embarrassed, and travel like you’re the boss.

Before entering the car, especially from the back doors, you must check one thing. When you open the door of the car look for a button on the side of the car that says child lock, unlock this button if this is locked. If this button is locked and you sit in the car while it is locked then you can’t get out of the car until and unless the car is opened from the outside, so it is very important that you look for the child lock button and unlock it before starting your ride with the captain

Use The Customer Service with Uber

There is an option to stay in touch with the Uber agent online if you feel any unusual thing going on or if there is something wrong with the car then you can also complain to the agent during the ride, they will get in touch with you in less than seconds and they will help you with your query. If you are having any negative vibes from the driver or from the ride as a whole, then call on the customer service and inform them about the problem you are facing.

Uber Driver Convicted of Raping Passenger: A CNN investigation has found that ohn David Sanchez who was convicted and sentenced to 80 years in prison, was just one of at least 103 Uber drivers in the U.S. who have been accused of sexually assaulting or abusing their passengers in the past four years. “The drivers were arrested, are wanted by police, or have been named in civil suits related to the incidents. At least 31 drivers have been convicted for crimes ranging from forcible touching and false imprisonment to rape, and dozens of criminal and civil cases are pending,” according to a CNN report.

Carry Pepper Spray with You!

You don’t know when bad luck struck you and your usual ride gets into an event of human trafficking so it’s best to be ready for the worse and at least carry a pepper spray bottle with you on your ride to shoot it right in the eyes of the captain if he acts funny or makes you feel uncomfortable. This may sound funny, but you have to take this seriously and carry a pepper spray with you if it is legal in your area. We are not counseling you to do anything illegal.

Use The Power and Home Button!

The majority of our Uber customers don’t know about this simple trick that Uber app has, which can help you if you are in trouble. If you are getting into a robbery or any sexual harassment you can press the home button and the power button three times, and a notification will be sent to your contact list, and your Uber agent and the police will be informed within seconds of that notification. The nearby precinct will reach you and will save you from that situation. So keep this trick in your bag and handy when you are stuck in a situation like this.

You must avoid sending children with Uber drivers alone on even a short trip. Children can get into trouble, and they don’t even know how to handle the situation, so don’t send a child alone without an attendant with an Uber captain until and unless it’s a trustworthy person and one which has a good history of rides with you.

We usually pin our home location on the app, but we don’t recommend that you do so as that can breach your privacy, try to move some blocks on foot and end your ride a few blocks away from your home so that the driver doesn’t know about your home location. And if you do pin your location then make sure that there is someone to receive you at the door.

When the ride ends, recheck the bill details and pay the captain the exact amount as Uber doesn’t cater to any virtual wallet. Don’t pay extra money to drivers as they won’t be added to your next trip.

Use these tips to make your trips safer! 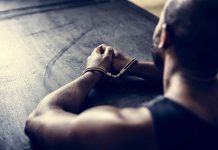