OTTAWA – “The CBC/Navius Research modelling of the Green Party climate plan shows that it will reduce emissions by close to 60 per cent by 2030, in line with the target established in Mission: Possible, the Green climate action plan,” states Elizabeth May

“I want to thank CBC and Navius Research for demonstrating that the Green plan Mission: Possible is the most ambitious, and that we have the details that confirm it is achievable. We are the only party with a target consistent with the Intergovernmental Panel on Climate Change (IPCC) warning to hold to the Paris Agreement goal of no more than 1.5 degrees C,” said Green Party Leader Elizabeth May.

Thunder Bay-Rainy River Green Party candidate Amanda Moddejonge says, “It doesn’t surprise me.  The Green Party has always believed that our policy will do just that.  Personally, I was involved in one of the most substantive projects in Ontario’s history responsible for the greatest reduction of CO2 emissions in the province- the cessation of coal fired power generation.  This is what Greens do naturally.”

The Green Party states, “However, while the Navius modelling of emission reductions is about as accurate as can be achieved, its economic results likely overestimate the negative impacts of reducing emissions and undervalue the benefits.”

“For decades, when we should have been reducing dependence on fossil fuels, we have gone in the other direction,” said Ms. May. “Instead of acting, we have been stalled by the inertia of status quo decision-making. Mission: Possible proves it can be done and can be done with minimal economic impact. None of the other party targets come close to what is required to keep to 1.5 C.

“Exaggerated fears of a negative economic impact by doing what is necessary should not deter us. It is the catastrophic impacts of accelerating global warming that should be our major concern.”

Green Party candidate for Mission-Matsqui-Fraser Canyon and party finance critic, John Kidder said,  “When a computer model shows that transition to a low-carbon future will be a drag on the economy, one needs to examine its short- and long-term projections.  There will of course be significant adjustments in the near term – this is a disruptive transformation of the energy economy. These costs will be borne almost entirely by governments and institutional investors who have not yet divested. Workers will have many options, and ordinary taxpayers need not be burdened.  Over the longer term, every comprehensive model shows that the world will be better off with abundant, low-cost renewable energy.”

“Continuing down the path of unsustainable fossil fuel dependence will ruin our economy. A future Canada that runs on renewable, carbon-free energy will help us back away from climate disaster while renewing our economy at the same time,” concluded Ms. May.

The full report can be viewed here: Navius File 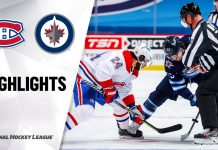 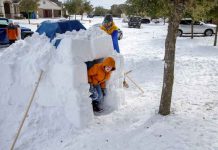