Home Politics National Politics Greens oppose all pipelines, including in St. Lawrence River, and will support... 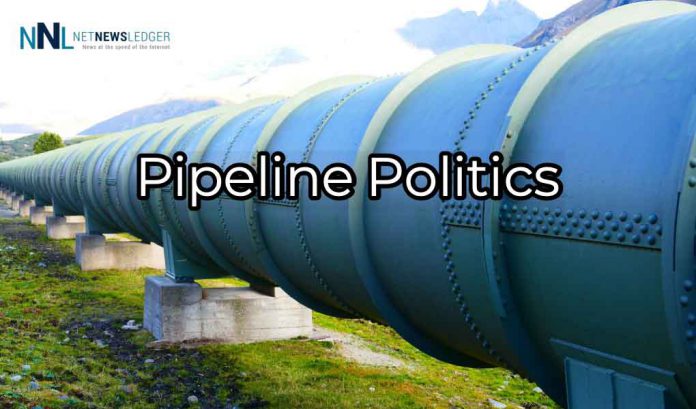 LONGUEUIL, Q.C.  — The Greens will stand up with Quebecers against the construction of any fossil fuel pipeline anywhere in Quebec — including the new CP3 pipeline that would cross the St. Lawrence River and hundreds of waterways — despite Justin Trudeau’s refusal last night to exclude the possibility of a pipeline in Quebec.

Amanda Moddejonge the Green candidate in Thunder Bay-Rainy River says, “Until you see first hand what oil and oil refining do in a community I bet it would be hard to appreciate the effects.

“I grew up in a community with skewed birth rates and high instances of cancer, leukemia, asthma, and miscarriages. Greens are committed to investing in the research and the implementation of technology to transition away from a carbon-based economy. This transition will require long-term sustainable jobs for the people in our community,” concludes Moddejonge.
Bruce Hyer, the Green Party candidate in Thunder Bay-Superior North says, While i do agree that many pipelines can be very problematic, I feel that we should not rule out all of them totally.
“We certainly should not approve any pipelines that do any of the following:
– export crude oil (and jobs)
– carry diluted bitumen (very toxic, heavier than water, and virtually impossible to clean up if spilled into water)
– Are not refined in Canada
– are not double wall and brand new and have almost any chance for spills
“Any new pipelines must:
– be double wall, new, and virtually spillproof
– carry no dilbit (diluted bitumen)
– be only to be refined in Canada, for use in Canada, to get us totally off of petrochemical imports, and to ensure that we have total Canadian energy self-sufficiency
– be approved by communities that they pass through or near, whether indigenous or not.
“We certainly should not be approving the Trans Mountain Pipeline, or any pipeline to increase exports raw crude, to the USA, Communist China, or anywhere else…. or to increase the risk of spills on the West Coast, or increased traffic to further endanger Orcas.”

Visiting Longueuil, the Green Party leader Elizabeth May, accompanied by MP and Green candidate Pierre Nantel, condemned Justin Trudeau’s lack of clarity on pipelines in Quebec. She confirmed that the Greens will support Quebec in its refusal of any pipeline, and announced that the Greens will support Quebec’s right to refuse any pipeline crossing its territory, as requested by the National Assembly.

“Today I say to Quebecers: I will stand with you, we will fight against any pipeline project in the St. Lawrence River, and we will defend Quebec’s right to refuse pipelines. It’s shocking that Justin Trudeau refuses to be clearer with Quebecers on this question: will he or will he not impose a pipeline on Quebec as he did in BC?”

Last June, Green candidate and Longueuil–Saint-Hubert MP Pierre Nantel tabled a parliamentary motion stating the Quebec government’s right to refuse any pipeline project or any project that involves environmental consequences, following a unanimous National Assembly motion stating that right. As a Green representative for Longueuil–Saint-Hubert, he is committed to tabling this again as a bill to ensure that Quebec, and the 11 Indigenous nations in Quebec, have a veto on pipelines.

“Quebecers are massively opposed to a pipeline that would threaten the St. Lawrence River, and Quebec Green MPs will ferociously oppose any such pipeline,” said Pierre Nantel. “As a community that gets its drinking water from the St. Lawrence, the people of Longueuil and Saint-Hubert are also massively opposed. Yet during last night’s debate, Justin Trudeau refused to rule out imposing a pipeline in Quebec. The Liberals imposed a pipeline in BC, against the will of British Columbians, and like the Conservatives, nothing stops them from imposing a pipeline in Quebec on October 22.”

“I was arrested in Burnaby, BC, fighting against a pipeline towards the Pacific, and I didn’t commit an act of civil disobedience just to have Justin Trudeau or Andrew Scheer build a pipeline in the St. Lawrence!” said Elizabeth May. “The Green Party is the only party that will get us out of the fossil fuel business and opposes fossil fuel pipelines, whether it’s Trans Mountain towards the Pacific or CP3 in Quebec. I challenge Justin Trudeau to clearly say where he stands on CP3, and whether he will impose a pipeline in Quebec.”

As stated in the Green Party of Canada platform launched September 16, 2019, the Green Party is unequivocally against pipelines and will oppose any construction or development of any fossil fuel pipelines in Canada. Under the Green Party, the Trans Mountain pipeline will be canceled, along with will all fossil fuel subsidies, and no new pipelines, or coal, or oil or gas drilling or mining, including offshore wells, will be approved. Bitumen production will be phased out between 2030 and 2035, and hydraulic fracturing (fracking) operations will be banned outright. 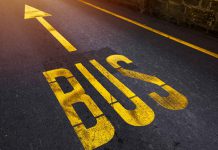