GRASSY NARROWS — NDP Leader Jagmeet Singh and the NDP candidate for Kenora, Grassy Narrows Chief Rudy Turtle, were in Grassy Narrows Saturday to talk about the New Democrats’ commitment to reconciliation and undoing the wake of disappointment Justin Trudeau and the Liberals have left in First Nations communities.

“Mr. Trudeau said all the right things about reconciliation — but reconciliation is about action to make people’s lives better, not just pretty words,” said Singh. “The way Mr. Trudeau has treated Indigenous people hasn’t matched up with his words or promises.”

And in Grassy Narrows, 50 years ago, toxic chemicals were dumped into the English River system in a corporate crime that left generations of families suffering from mercury poisoning. Trudeau has failed to sign an agreement to help the community care for those suffering the effects of the poison. Meanwhile, when a Grassy Narrows community member confronted the Liberal leader at a party fundraiser, Trudeau mockingly shot back: “Thank you for your donation.”

“For First Nations people who were hopeful, the trust has been broken. We’ve been let down,” said Turtle. “The people of Grassy Narrows deserve the kind of care and treatment we would all want for our families. And from coast-to-coast-to-coast, First Nations, Métis and Inuit communities have been left waiting for clean water, decent housing and safe schools where the next generation can get a good start. Indigenous children can’t wait another four years.”

Singh and New Democrats have committed to building a treatment centre for Grassy Narrows residents affected by long-term mercury exposure, working with the Nation’s leadership and the community. 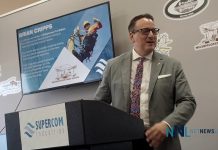 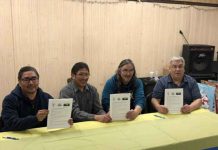 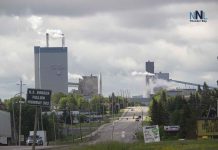