“Northerners like to be treated fairly, and that’s why in 2015 we were elected on a plan for investments, not cuts.  Northerners rejected Stephen Harper’s Conservative plan to punish hard-working Canadians and reward already wealthy Canadians.”

KENORA –  POLITICS – Bob Nault, the Liberal candidate for the Kenora Riding, announced the release of the 2019 Liberal Campaign Platform plans to make living in the North more affordable for Northerners:

“Over the past four years we have made great progress, both as a country and in the Kenora riding, by making strategic investments that help everyone get ahead,” stated Nault. “We’ve invested heavily in families, the economy, and protecting our environment. These are long-term investments and if we don’t invest now, our children will be left to do what we should have done.

“Yet there’s still more to do. In October, Canadians have a choice to make: keep moving forward, or go back to the politics of the slash and burn years of Stephen Harper.”

“Within the platform, there are a number of initiatives that will positively impact Northerners and their families. Earlier this year, we set a national target to ensure that 95 per cent of Canadian homes and businesses will have high- speed internet by 2026, and 100 per cent by 2030, no matter where they live in the country. This ambitious plan will help businesses grow, create new jobs, and connect more people to the resources, services, and information they need to build a better future.

“To ensure that every person in Canada has access to reliable, high-speed internet – including the 1.5 million households that would otherwise be underserved – we will move forward with building a fully connected Canada, including our rural, remote and northern communities.

“Living in the North can be expensive. Whether for school, medical appointments, or to visit with family, people who call Canada’s North home need to travel much longer distances – but the high cost of airfare makes it unaffordable for many. The current Northern Residents Deduction only allows people who already receive travel benefits through work to deduct travel costs. There’s no help for people whose work doesn’t help cover those costs.

“Of course, we will also continue to build on our previous work, such as reducing the cost of living for families with children through the Canada Child Benefit. In addition, we are building more affordable housing with Canada’s first-ever National Housing Strategy and moving forward with the implementation of a National Pharmacare Plan.

“We’re proud of the progress we’ve made, but we have to keep moving forward – for families living in the North. There is no doubt that Andrew Scheer’s conservatives will make cuts, impacting education, healthcare, and in particular, he will make cuts to hard-working middle-class families.

“Northerners like to be treated fairly, and that’s why in 2015 we were elected on a plan for investments, not cuts. Northerners rejected the Harper Conservative plan to punish hard-working Canadians and reward already wealthy Canadians who don’t even need a tax cut.”

When a Liberal government is re-elected, the average family in Canada will benefit by: 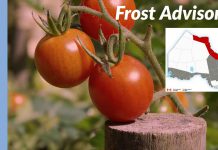