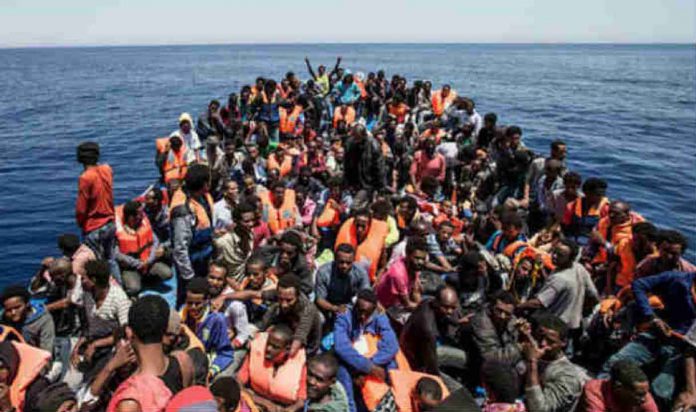 Slavery, Smuggling, and trafficking of people are somewhat related to each other but are not at all the same as we think we are. In this article, we will discuss different cases of human trafficking, smuggling, and slavery around the world and will talk about the awareness among people and about the people who are involved in this crime and are on the move. An interesting fact is the 1% bail bonds of total are issued to these smugglers. We have to think about this matter seriously as not only it is breaking of the law but is a severe sin. We will also discuss the national and international, along with the religious laws for slavery and human smuggling.

The Difference Between Smuggling and Trafficking!

Human smuggling concerns parties, the smuggler and the one who is being smuggled. There was a misconception about this that we need to clear and our readers need to understand that the person being smuggled has paid a fee to the smuggler to shift himself to another country. Now, this is yet another concept that we would like to clear for our readers. People smuggling is only labeled as people smuggling when international borders will be involved. In this scenario the person wants to shift to another country through an illegal was and so he pays the smuggler to smuggle himself to the desired place, and after that he is free to go wherever he wants, the smuggler has no concern after he has transported you to the other side of the border, but that doesn’t mean that he is not the guilty party. Both of them in this scenario will face the consequences and are equally guilty and punishable before a court of law.

On the other hand, trafficking is the illegal and forceful transfer and selling of people across borders, and within the country, that means even local trafficking of people is as much illegal international trafficking is. In this scenario, one party is innocent and is being smuggled or sold to a third party by the smugglers. Now in human trafficking, there are three parties involved. One is the trafficker the second one is the person being sold or smuggled, and the third one is the receiver or buyer who is equally responsible for this crime as the first one. Both of them are punishable in the courts of law may they be national or international.

Slavery is the other part and the further step of human trafficking. After a person is trafficked to the buyer, he has to serve the third party under his influence and force. In some cases, the smuggled person is disabled and tortured to do work.

The Target of Smugglers!

Basically, people smugglers or human traffickers are not fond of smuggling people with mature ages until and unless it is international trafficking. This is yet another aspect that must be clear to our readers. Trafficking of older people is only done in cases where international parties demand them for work or any other illegal purpose. The reason is that older and mature people can receive tons of workload and they can’t even complain because of many reasons one of them which is the language barrier. If a Chinese speaking person is trafficked to an Arab country than obviously, he will face language barriers, and then there are restrictions on the part of their work. For instance, you can be locked down and have to work in a factory or a personal business. So in international cases mostly it has been seen that mature and older people are smuggled and sold.

Speaking of local or national level trafficking, then in this scenario and in cases that have been reported since many years, it has been seen that newborn or children under their teenage are trafficked to the local buyers. These kids usually have no clue on where they are being transported or what they have to do or from where they belong, so these innocent soles are captured and kidnapped and then sold to parties who make them work or also in some cases make them beg after disabling them and hurting them to the extent that they are physically damaged and miserable.

Countries with The Most Cases!

India and Korea are one of the largest countries that have the highest rates of kidnapping and trafficking. The people are usually trafficked from third world countries. Afghanistan is reported to be the higher receiver of these trafficked people and children, and after that, the Arab countries are also involved in this crime.

In India, the most reported cases are of girls being trafficked for prostitution in foreign countries. They are sold to parties who then make them work as sex slaves for workers for their clients. A huge amount of business is achieved with this smuggling, and more and more cases are being reported every day in India.

The human rights departments around the world are really concerned about this dreadful act, and many countries have hosted awareness campaign for young children and their parents to make sure that they are safe at all times and they do not fall prey to this act of crime. Agencies have also started campaigns for the illiterate and poor people who are the second-largest target of the smugglers. These people are easily tricked into getting jobs and settling down in foreign countries; in return, they are offered a comfortable life for their families. So the poor and lower-class people often fall for this offer and in the hope of giving their children and family a better lifestyle. But what happens is that neither their family gets anything nor they are given anything for their service instead they are trapped and tortured.

Every country must emphasize this awareness campaign and should start to educate people and children to save themselves from these smugglers.

You will be surprised to know that many cases that are reported have the details of being transferred to other countries through a travel agent. Like if one has applied for or approached a travel agent for an educational visa he is misguided and is transferred to the foreign country, but there he is received by the party that has purchased his poor soul, and he gets stuck there for the rest of his life. Many travel agents are working without a license from the govt. And they attract people with their amazing offers and cheap offers that make them more acceptable then legal travel agents working for the country.

Poor people often fall prey to these agents and get trafficked easily.

It is a fact that this huge crime cannot be executed without the involvement of a strong political leader or party or a big business tycoon. These people who are disguised as work providers and travel agents usually work for these big tycoons and politicians who have contacts with the help of the political power they have. They get in contact with foreign parties, and with the help of their team, the traffic people and earn billions from this. Many cases have been filed against big names, but they have always managed to save themselves from the law because of their influences.

We should make this our priority and our duty to shame these people and put them behind bars.

We should at least think once for the families who have lost their children and men and women as being prey to this crime.

Involvement of Schools and Hospitals!

You must have heard now and then about kidnapping cases from hospitals and schools. It is only because newborn children and children are targets of traffickers. Some pathetic school and private hospital owners sell these beautiful soles to these people, and they blame the govt. Authorities for these losses and their laws. Such people should be hanged to death.

It is also seen that tourists are also being kidnapped and sold locally in some countries. Recent news was about a Chinese man who was making a world record of traveling around the world on his bike and was kidnapped near Pakistan and Afghanistan. So you see even tourists are not protected around the world. It is such a shame for the world that this crime has been increasing over time, and nothing strict has been done about it.

In recent years, work has been started to save innocent lives, and it is the duty of an individual to spread the word and save even a single life if he can.

We hope the difference between trafficking and smuggling would be now clear to our readers, and they will contribute to the awareness of this campaign.