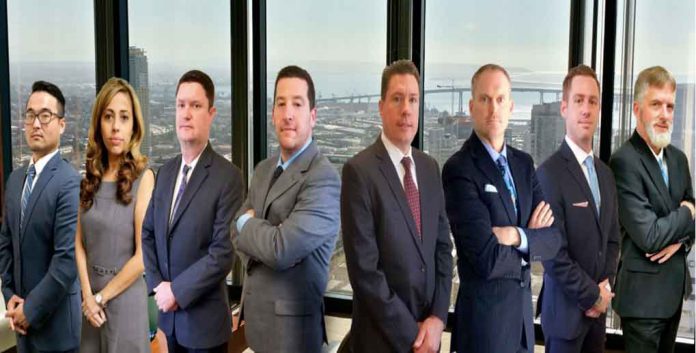 Do you want to know how criminal lawyers help their clients against the charges pressed against them? Criminal law is complicated, and to even explain the basics to you, we are afraid we will need a moment. So, without wasting more of your time, we are going to share a few basics about how this legal system work and how people who have charges laid against them manage to secure their freedom with the help of their attorneys. So, take your time to read everything we mentioned below. It will be an interesting bit for you!

The Hard Truth of criminal defense is both the prosecutor and the defense attorney use the same foundation of events and come up with completely different narratives. For instance, if you have a map of the globe, in one map you have countries depicted within their geographic region with state borders in dark lines. On the other hand, the land is colored on a gradient scale that shows color based on average income per population. Both maps are accurate; however, they don’t look anything alike.

It depends on the attorney and defendant to produce the best story to defend the incumbent. Regardless, the ideal story should have characteristics like:

Based on some foundation of evidence. For instance, if the defendant’s car is used as a getaway car, it shows the car was stolen from them at some point before the crime happened.

The story should have some ability to gain sympathy form the judge and jury. You can show that defended tried to prevent the accident. But after the incident took place, he chooses to call in the authorities instead of running away. This shows goodwill.

Explaining and proving why events occurring in the defendant’s story are actual events. For instance, if the defendant claims for not been at the crime scene when the crime took place, the story needs to show some proof why the defendant was not there.

Denial and Admission of Guilt

If it is impossible for two defendants to come up with the same version of events that happen during the crime. The defendant’s story will be one of the following:

Confession:  This is where the defendant admits how to an attorney. For instance, the defendant comes into the attorney office and says yes, they broke into the car, steal something and made their escape”.

Denial:  This is the story where the defendant denies all of the charges about prosecution has laid against the defendant. The most popular, complete denial of the story is one with an alibi. There is no way they perpetrated the crime they are accused of. The story follows at, the person of interest wasn’t even in the city during the time the crime happened. So, the whole case doesn’t make any sense.

Admit and Explain:  This is the story which creates a bright between confession and denial. For instance, they are saying they access the car and took the stuff. But they have an angel to it. The story can be something like their friend gave them the keys of the car. They opened the door and took stuff, as per the permission of a friend. The glass was broken after they left. They had nothing to do with it.

Coming Up with a Defense Strategy

Once the defendant tells their story to a defense lawyer, they come up with a strategy that will work best for them. They don’t design a strategy which is as simple as telling the plain truth, showing the defendant is innocent, or it affects the legal culpability. Instead, the story involves weighing a witness’s credibility; its futures out the reputations of the defendant between the police and community. These considerations make the theory of the case. These are based on the defendant’s story as well as some other important facts.

For instance, if a criminal defendant is charged with burglary, the defendant goes to the attorney’s office and tells them the whole story. They also confess to plie that after getting arrested, the man identified by an eyewitness shorty, once the burglary took place. The witness isn’t certain of identification,but they are very confident they have the right person. The defendant tells their story that although he was present at the scene of the crime, they had no part in the crime. At this point, the defendant can argue about the point that the police didn’t inform about their Miranda rights, especially the part where they have a right to have a lawyer.

This story is best classified as a confession. This establishes the defendant knew about the crime and was at the scene when it took place. The defense strategy will likely be based on a theory that the police uses to weak an eyewitness’s account and to make a strong case when they should have bullied the offender into giving an acknowledgement. This is a theory which is based on truth and shows the defendant in a rather confident light.

The defense attorney files a pretrial motion asking for a confession to police which is omitted from records as the police engaged in a rather unconstitutional way of question. It started right when the police failed to recite his Miranda rights.  Apart from that, the defense lawyer will start questioning eyewitness and show the identification was flimsy and it won’t establish the true ID of perpetrator beyond doubt. This theory establishes a verdict of not guilty, and the prosecutor can offer a plea bargain for a lesser charge.

In many cases, the San Diego Criminal Lawyer will:

Defense attorneys tell clients about different pieces of information about prosecution case so that the defendant knows what evidence they have to produce. For instance, if someone is charged with conspiracy to commit a robbery, their attorney can tell them the following:

Subject, you are charged with conspiracy to commit a robbery. This means you are charged with planning along with at least one other person, and you might have taken some serious steps to achieve this notion. When you speak with an assistant attorney about this case, they will imply you made more progress towards your end notion. As the subject have this information, they are in a better position to give it to their defense lawyer explaining every important detail. Your lawyer will use this information to strengthen your defense strategy

The Truth Shall Set You Free

A common reason why defendants tell their lawyer the truth is it helps them lessen the charge. For instance, if someone is charged with a robbery, the lawyer can possibly lower charges by saying in court that he did commit the crime, but he was not armed with any weapon. This can reduce the charge to a simple robbery, thus cutting off the time they will spend in jail.

When a defense lawyer starts to form the strategy, they consider the reliability of their witnesses. This also counters their reliability and the community’s attitude towards crime. Let’s not forget it also covers the police and defendant’s moral culpability. During the creation of one of these strategies, the lawyer will need to cover the defendant so the defense strategy is as strong as it can be. The pre-trial coating includes the interview of defendant, it stimulates their memory, conducts interviews at the scene of the crime and asks the defendant to write down their accounts of crime, in their very own words.

The defense strategy is the most important element of a case. If the approach is not strong enough, it may land the subject in jail for a rather long term. The person will have to pay thousands of dollars in fine apart from their capital punishment.

The defense lawyer is a response for coming up with a strategy that will sift through every bit of evidence collected by the prosecution and after hearing the defendant’s version what supposedly happened. The lawyer will meet up with the subject before they come up with a way to deal with the charges laid by the court. The defense lawyer will require to examine every evidence collected by the prosecution and the lawyer’s own investigation.

One of the most effective (and most laughed at) strategies is the lawyer claims that their client was under the influence of some drug. This shows that the person was not under their normal mental condition at the time. It helps the lawyer to decreased or acquit charges. You should know that this strategy doesn’t work for Driving under Influence. The idea is to drive with a clear mindset. It doesn’t matter how many drunks you are or how you feel mentally if there is alcohol content in your blood, and it exceeds normal limits, then you are charged with the crime.