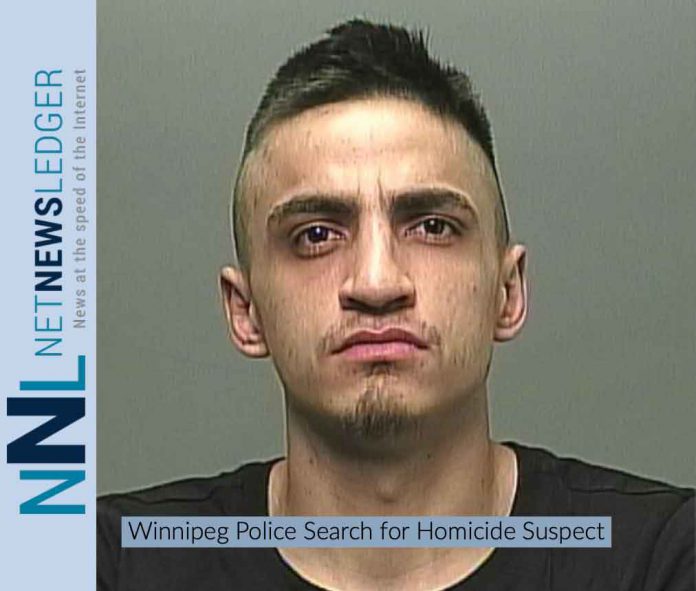 WINNIPEG – NEWS – Winnipeg Police are searching for a suspect in a homicide. Police have issued a Canada-wide Warrant for Bradley Shawn Thomas of Winnipeg.

On August 22, 2019, at approximately 9:30 a.m., emergency personnel responded to a residence in 800 block of Pritchard Avenue for a report of an unresponsive male.

Upon arrival, officers located an injured male that had been shot. The male was transported to the hospital in critical condition and was pronounced deceased soon after. The victim has since been identified as Kyle Allan Malanchuk, a 26-year-old male of Winnipeg.

Members of the Homicide Unit continued with the investigation and have obtained a Canada-wide warrant for the arrest of Bradley Shawn Thomas, a 24-year-old male of Winnipeg, for charges of:

Thomas is described as an Indigenous male in appearance, 5’7” in height, approximately 131 lbs in weight and has a thin build. He has brown eyes and is believed to have short black hair. He is also known to have numerous tattoos on his right arm.

The public is cautioned not to approach Thomas. Anyone with information regarding his whereabouts is asked to call 911. Additional information that may assist investigators can be relayed to Homicide Unit investigators at 204-986-6219 or Crime Stoppers at 204-786-TIPS (8477).

Winnipeg Police Update on Homicides – One Arrest and Victims Identified