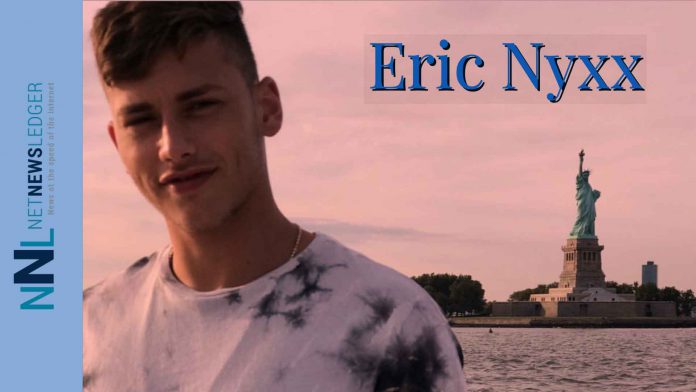 Music is one influential art in itself. It is a universal language of love that transcends boundaries and cultures. Right from inspiring, stimulating, and transforming our behaviour, music has the power to connect us to a higher dimension of openness. One such DJ and Producer who makes you feel alive with his music is Eric Akopyan, famously known as Eric Nyxx. The young millennial has taken the Miami and Florida DJ’ing scene by the storm with his mastery in various music genres.

Born in 1994 at Brooklyn, New York, Eric Nyxx is taking his career to unforeseen growth by climbing up the success ladder of being Miami’s top-ranked DJ. Known for his immense and versatile range of electronic dance sounds, Nyxx is highly influenced by his childhood inspirations, such as Tiesto, Carl Cox, and Paul Van Dyk. With hip-hop also being one of his impressionable sources of inspiration, it was 50 cent and Eminen that enthused Eric Nyxx absorb a whole new wave of sounds. It surely opened a whole new horizon of sounds, helping him develop his unique style of music.

Driven by the aim of becoming the best music producer and DJ, Eric got enrolled into media junior high school to learn the basics of music production. Throughout his high school years, Eric fell in love with the act of DJ’ing at parties. He even worked at producing his ingenious mixes while working in tandem with digital audio workstations. Graduated from Baruch College while moving ahead in his career trajectory, it was in his college years that he got the moniker Nyxx. The second name Nyxx stuck with Eric because in Greek mythology Nyxx is also referred to being the goddess of night. Eric’s most loved team Knicks stood for New York X-citing.

Eric is recognized as the heart of parties, whether it involves throwing one or running nightclubs under his company label, Nyxx Hospitality, in New York City. While sharing his love for his forever muse, music, Eric Nyxx states, “Music has always been essential for me. I need music to fuel positive thoughts. I need music to inspire me. I need music to motivate me. And yes, I do need music to work out every day in the gym! Music is the most important thing to me that is also why I produce music and am a DJ.”

Eric Nyxx currently resides in Miami, Florida and has overtaken the DJ’ing scene by producing music and DJ’ing full time. Lover of a range of music genres, it’s genuinely challenging to categorize Eric Nyxx under one type of music. He loves performing across a range of sub-genres, such as tech house, Afro-house, techno, trap, deep house, and house. In 2018, Eric’s first release ‘More to Life’ became a smashing hit, defining what’s to follow in his promising career ahead is to be seen with abated breath.

With nothing stopping this powerhouse of talent, Eric is also planning to launch his CBD (Cannabidiol) company, labelled XX CBD. The company is expected to launch by September 2019 and will feature a full line of natural CBD products, such as gummies, vapes, cosmetics, and tinctures. While partnering with scientists and hemp farmers to bring the purest form of CBD to consumers and enhance their lives, CBD has also personally helped Eric to achieve a positive outlook towards life.

Eric is all set to leave his indelible mark with his entrepreneurial venture, besides following his passion for music. A lot can be learnt from such millennial entrepreneurs who are a perfect example of acquiring success through hard work and consistent efforts. Instilling, rather deepening, our beliefs in the pure magic of determination, it is also pivotal to evolve with the changing times and build your legacy. 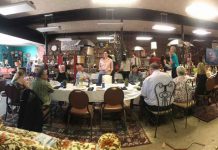 “A positive idea for Thunder Bay”