THUNDER BAY – The ongoing Tweets and statements by President Donald Trump are generating trends on social media today. Comedian Stephen Colbert was interviewed by CNN’s Anderson Cooper on recent comments by the President. Colbert is stating that the “President wants to live in a fantasy world”.

Stephen Colbert: "Our President wants to live in a fantasy world where only the way he perceives the world is the way it is, only the things that sort of serve his vision, and he's also trying to convince us that that is the only world that exists…" https://t.co/STBRTxQ4I0 pic.twitter.com/PE5aw968pw

If you have ever wondered why President Trump takes to Twitter so much it is that it generates a lot of discussions. His attacks on “FakeNews” reach more people than some of the news he complains the most about.

Meanwhile, in Canada, the fallout from the Ethic’s Commissioner’s report that found Prime Minister Trudeau was in breach of the act continues to generate social media action.

Politics is not always black and white. Based on new experiences or circumstances, the Conflict of Interest guidelines, not LAWS, need to be respected but at the same time, must be clearly defined and interpretated to avoid misuse and manipulation of the outcomes. https://t.co/vdhueuFytq

Just to put some context into the Canadian power of Twitter, Prime Minister Trudeau has 4.5 million Twitter followers. By comparison, Conservative leader Andrew Scheer has 159,000. 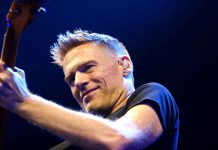 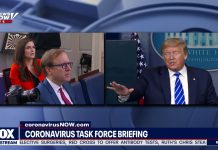