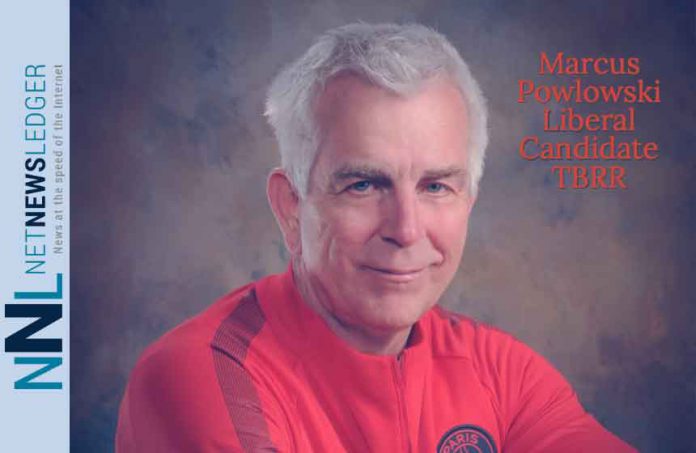 THUNDER BAY – POLITICS – I am writing to ask for your support. I am contesting to be the Liberal Party nominee to represent you- Thunder Bay-Rainy River in the October 2019 federal election.

My name is Dr. Marcus Powlowski; I am 59 years. I work at the Thunder Bay Regional Health Sciences Center as an Emergency Room Doctor. I am not weighed down by the baggage of political credentials; however, I do have the education and experience, with the enthusiasm and new perspectives, that will make all the difference in the lives of the people I will be representing- you.

I have enclosed my resume if you are interested in knowing what I have been doing professionally in the past thirty-five years. In many ways, my legal education (LL.B, LL.M) is essential, as is my work related to the law in the World Health Organization, to the political process- Members of Parliament pass bills that ultimately become laws. It will be very beneficial and to the advantage of my constituents for their MP to understand legal procedures when making and using existing laws.

Although I believe having a legal education is helpful, I do not believe the public’s interest is most served by representatives that are solely lawyers, or career politicians. We want people in the legislature who have lived a life and as a result, are not overly imbued with any one particular point of view- I have lived such an experience.

I also think that it is essential that your representative is someone that you can relate. Having lived, and worked, in many places, I believe I can find common ground with almost any immigrant, refugee, and citizen born here in Canada. Also, importantly, I am from Thunder Bay- born and raised, and remain, very much, a product of the Lakehead. There is a hockey net in my driveway, and I spend a lot of hours, every winter, watching my kids play minor hockey (I have five children). I am proud to be from Thunder Bay, the Canadian heartland- I enthusiastically look forward to representing this riding and dismantling any unfavourable misconception held nationally. I enjoy drinking a cold beer and believe people like Jean Béliveau, and Gordie Howe are not negative role models.

I have, for quite a few years, been working as a physician in the Thunder Bay ER. I appreciate our healthcare system; I also understand how life on the streets- “real world,” works too — a world of overdoses, drug abuse, addictions, violence, and often despair. I am, because of my job, used to making difficult decisions. I provide aid to people from all segments of society. In a lot of ways being the MP will involve doing the same thing- helping individuals. More so, it entails assisting people in dealing with many other vital things, one of them is dealing with some times, a seemingly, uncaring government bureaucracy.

About my policy positions, I support most, if not all socially progressive issues. I have a genuine interest in global affairs, and global development, and feel Canada ought to be more of a leader in this regards. I think climate change is, justifiably, one of the most significant issues facing the federal government. I fully support efforts to improve the living conditions of the indigenous population- we can do better than we are doing now. I also support our Liberal government’s position on immigrants and refugees.

I am, however, also a centrist who believes in maintaining our historical position, as a centrist party is very important if we are to remain in power. I support economic policies that are favourable to business and supports job creation in our community but not at the expense of workers. After all, a strong economy is the engine that pulls all of our social programs. I also believe totally in fiscal responsibility.

Lastly, we need to listen more! We need to be more tolerant of valid opinions that are in opposition to the ones we hold. As the liberal party, we should endeavour to continue to lead and persuade the people by the strength of our arguments and character rather than by might, shutting down or labelling people who disagree with our point of views- this the Conservatives way, not ours. We lead by example and reason- this is the Liberal Party I hope to continue with, and this is what I offer as the most reasonable candidate asking for your votes to represent you as the liberal candidate.

I hope you will be able to come to the nomination meeting and give me your votes. If you have any issue getting to the event, let us know, and we will arrange to get you to the venue. Also, I hold regular get-togethers for my constituents to chat about politics- I want to keep listening and learning what matters most to you. There are always refreshments.

Thank you for your consideration.

Dates and Locations for upcoming get-togethers.

WORLD HEALTH ORGANIZATION- Vanuatu Office
Contract to revise Public Health Act, July 1999- Jan. 2000.
Worked with Vanuatu Ministry of Health to draft a new Public Health Act. This involved considerable consultation with various stakeholders, including extensive consultation with traditional leaders (chiefs).
Although the bill was never enacted I am told some professors at the University of the South Pacific Law School still use the bill as a model for how customary law can be incorporated into modern legislation.

LOLOWAI HOSPITAL- Lolowai, Ambae, Vanuatu.
Medical Superintendent Penama Province, Jan. 1998- Sept. 2000.
In patient and emergency care, basic general and OBGYN Surgery (Cesarean Section, ruptured ectopics, hernioraphies, etc.), obstetrics, as well as administrative duties in a district hospital serving 28,000.
Being the only physician required being a jack-of-all-trades. So for example to do a Cesarean Section at night required turning on the generator, zeroing the sparks on the old cautery machine, giving the spinal anesthetic, performing the operation and looking after the baby if necessary.
Medical supervisor for provincial health centers, dispensaries, and aid posts on three Islands.
Public health duties.

Changes in the [Vanuatu] Essential Drug List (2001). A Vanuatu Ministry of Health publication outlining the changes in the national essential drug list. A formulary for the drugs on the list.

Conferred the customary title Vera by Ambae Paramount Chiefs in recognition of services to the people of Ambae, and Penama Province, April 2000 (this makes me a middle ranked chief).

Vanuatu representative at the Second Meeting of the Intergovernmental Negotiating Body of the Framework Convention on Tobacco Control, Geneva, Switzerland, 2000. 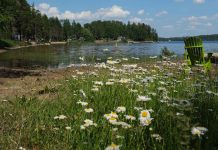