When we’re bored, we pick up our phones and, without a moment’s thought open Instagram and mindlessly scroll through the app. The aesthetics, its reach, personalized content and the slick user experience has made it the best social media app in the market right now. Many businessmen, celebrities and influencers are using the platform to maximize their reach and engagement with the fans. But as rewarding as the platform is, it’s equally challenging to profit from. This is when social media experts like Vince Van Meer come into the picture. Born in a small town in the Netherlands, the 24-year-old is the owner of Rocketviral, a consulting agency for influencers and brands.

As a teenager, Van Meer ran his own successful gaming YouTube channel, through which he earned via ads. On the weekends, he worked at a nearby McDonald’s, a job he claims was vital for his growth as an individual. “I was amazed by the potential of the internet; these platforms could reach out to people sitting in various other countries. The possibilities were endless.”, said Vince. A year later, he quit his job at McDonald’s and even shut down the YouTube channel. He sold everything he had and borrowed some money from his grandfather to set up an office. In 2013, he created his first Instagram account and began using it as a promotion tool, approaching small businesses and celebrities and offering them his services. At one point, Van Meer handled six fashion accounts by himself, with thousands of followers being interacted with on each account. Soon, brands began approaching him for promotions and money started flowing in. Today, he is one of the youngest and most successful social media marketers out there and has helped multiple brands and individuals make the most of the platform.

But even though Van Meer is one of the best in social media marketing out there, he faces some difficult challenges every now and then. One of the biggest challenges all marketers face is the regular shift in Instagram’s algorithm. The worst part is that these marketers are not even informed of the change in algorithm. So, if Instagram changes its algorithm to start favouring hashtag searches, influencers will have a tough time understanding that a shift has taken place. But there is a solution to it—good content.

“Although algorithms change, the secrets to growing accounts remain the same over time. Instagram is an extremely competitive environment, having unique content is the key to standing out and growing your audience. Good content helps create organic growth for the pages. If you give them content that cannot be found anywhere else, the audience will continue visiting the page, and eventually, they will start following you too. Good content stands the test of time,” says Van Meer.

Over the years, Van Meer has helped various clients with strategy, social media marketing and product development. The 24-year-old has already made a name for himself in the digital world, and he is continuously working to expand Rocketviral’s potential scale. Considering the manner in which the Dutch have continued to set new standards for himself, it’s safe to say that Van Meer is on his way to digital marketing greatness. 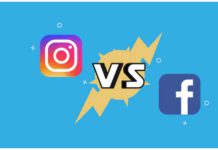 Is Social Media Making you Depressed?