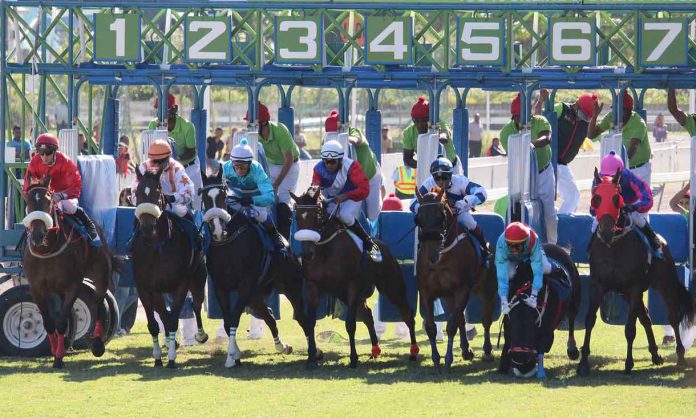 The horse racing fever is not yet over after the recently concluded U.S. Triple Crown Series The first and a quarter of this year was a fun-filled event of horse racing tournaments which happened in different legendary racing fields in the United States. We have seen different horse racers showing their running skills and talents.

As we get into the second and final quarter of this year, another horse racing event will happen which will gather all mightiest colts in country. The Breeder’s Cup 2019 is underway which will hold a two-day event for everyone. This will take place on November 1 and 2, and fortunately, the Breeder’s Cup finds its way back home in Santa Anita Park.

The Breeder’s Cup is considered one of the grandest and biggest horse racing events in the United States. This is not only for the fact that popular colts attend this racing tournament, but it carries different breeders cup betting and racing events. Each course takes its purse starting with $1million, and the biggest is the Breeder’s Cup Classic holding around a purse of $6million.

According to the horse racing community, this year’s edition of Breeder’s Cup will be an event full of excitement and fun. This is since many Triple Crown candidates, and hopeful will join the event and spectators are looking forward to a big rematch. So, as you along and reserve your seat tickets for the 2019 Breeder’s Cup, let us show to you some of the contenders this year who will run in Santa Anita Park this November.

Trained by Dallas Stewart, Seeking the Soul is one of the contenders who confirms his attendance for the 2019 Breeder’s Cup. Seeking the Soul has 27 good racing starts this year where he won the 2019 Stephen Foster Racing Challenge. He got seven totals to win in all his racing career with total earnings of $3,335,802. He is one of the freshest contenders to look forward on November in Santa Anita Park.

This colt is looking for an entry to big horse racing tournaments joining via Breeder’s Cup this year. This thoroughbred racer is trained by Jonathan Thomas where he got his first winning racing game in Anticipation Stakes, Grade 3 event in Saratoga. He got a total of 11 good starts this year and 7 of which is in the winning place. He had a total earning of $1,992,000 in al his racing career.  According to some horse racing experts, he is one of the colts who trained every day to prepare this year’s Breeders Cup edition.

First, of John Sadler’s entry, Gift Box is another thoroughbred entry to saddle up this year’s Breeders Cup edition.  This colts had a total of 17 good racing starts this year. He even runs in Stephen Foster Stakes and Gold Cup at Santa Anita where he placed 4th in the first race and 2nd in the latter. He got five wins out of his 17 racing games with a total earning of $1,007,060.

This colt has very colorful achievements out of his racing career. , and he is one of those experienced colts to join the Breeder’s Cup 2019. He had a fantastic 21good racing starts where he placed in two biggest horse racing tournaments. He competed in Dubai World Cup which he placed third and Pegasus World Cup Invitational Stakes where he got the 6th place. Gunnevera had tallied six wins in total with a total earning of $5,561,800.

This colt never gets tired according to his trainer Mike Smith. He is one of the famous thoroughbred racers which was an active candidate for the Triple Crown Series last quarter. He was seen in Kentucky, Preakness, and the Belmont Stakes. This race was also a superstar in this year’s Arkansas Derby and Rebel Stakes where he both got the first place. He is looking forward to having his first Breeder’s Cup crown in November. He got seven good racing starts this year and 3 of which was a victory. This colt has a total earning of $1,121,800.

The most controversial horse racer this year to begin with. This colt was trained by Jason Servis who won the 2019 Kentucky Derby. What makes him controversial is that after winning the said derby he was disqualified because all judges unanimously decided to dethrone him. This is due to the fact that he committed a “bumping at the pole” incident making Country House the winner. After the incident, Maximum Security didn’t finish the Triple Crown Season.

Today, he found a revenge opportunity as he head on to the Breeder’s Cup 2019. Maximum Security placed 2nd in TVG.com Pegasus Stakes held last June 16 in Monmouth Park. 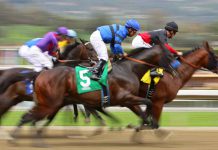 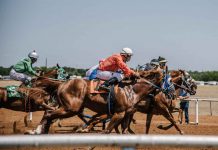 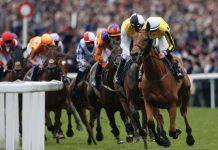 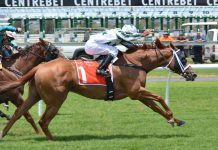 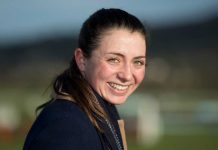